Forever Skies just got its official gameplay trailer. This upcoming sci-fi survival game was developed by Polish studio Far From Home. They are a group of AAA veterans in the gaming industry. They hail from Bloober Team, Techland, and others. 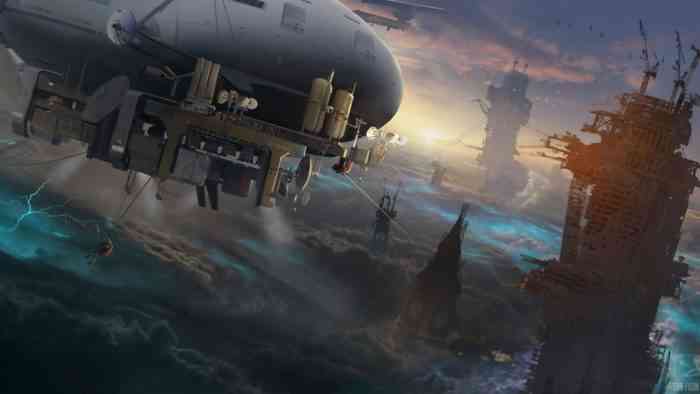 The team behind Forever Skies has been teasing about this upcoming ambitious game for the past couple of years. The game had the codename of Project Oxygen. Finally, sci-fi gaming fans have a gameplay video to witness for themselves.

Forever Skies is a first-person action survival game that is post-apocalyptic. The events take place on Earth years after a massive climate disaster made it uninhabitable. The preview shows the main character holding a futuristic weapon. However, players are not going to use this gun to shoot. Instead, they are going to use it to disintegrate things, such as a door. Players can also use it to reconstruct objects.

Players will enter the game as a scientist looking for a cure for a disease that has ravaged the surviving population. Since toxic clouds cover the Earth, players will spend a lot of their time in their airships or at the tops of very tall skyscrapers. There will be a lot of crafting, research, and exploration. Of course, Forever Skies players will also be fighting off any enemies that are lurking beneath the deadly layer of clouds.

“The actual inspiration for how to arrange the game’s world into a thick layer of toxic dust and the skies above has been drawn from various comments of scientists on air quality in Cracow, Poland,” Far From Home revealed. “Due to gravity accumulating an increasing amount of particles and toxic gases close to the ground has been instrumental in designing the game’s premise.”