Captain Toad: Treasure Tracker, is now available for game trial for the week of January 15, 2022, to January 20th, 2022. For those who haven’t tried the game, Captain Toad has been out on the Nintendo Switch since 2014 and is based on the original game that came out on the Wii U. It’s full of puzzles, fun boss levels, and best of all, not forcing a timer or anything that would make the game less enjoyable. 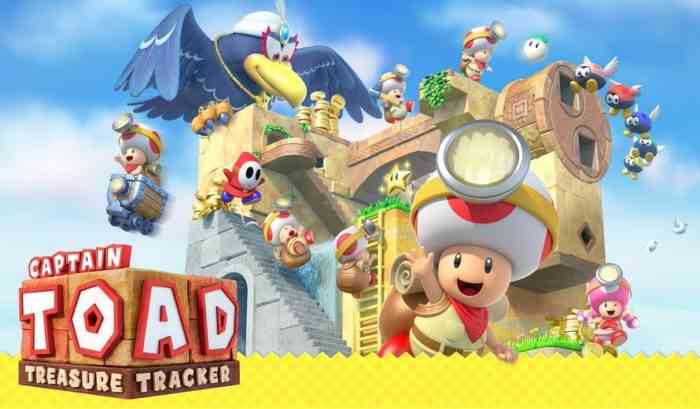 For those who end up enjoying the game and want a copy for themselves, Nintendo has also said that people may purchase it at 30% off in the Nintendo store until January 16th, 2022, at midnight PST time. While this sounds like it’s only good for those who currently have Nintendo Switch Online subscription- don’t worry. It turns out that it is also possible at this time to give the Nintendo Switch Online subscription a shot for a week.

Even if you have taken advantage of similar offerings before, it turns out that it is possible to still redeem a subscription offering, and give the possible two-person multiplayer a try.

This isn’t the first time that Nintendo has offered game trials, as in offering the full game to play for free, not just demos. Previously, Nintendo has released The World Ends with you: Final Remix as a game trial and Mario Tennis Aces for fans to test out and play for themselves.

But this is the first game trial of the year.

It may be due to the fact that Captain Toad is currently $27.99 USD in the Nintendo online store; it may be that it’s one of their older and less popular titles. But, it could be worth a try if you have a Switch and a little time to play.

At least this way, being able to play without paying first means you won’t have buyer regrets.

Ravenscourt Officially Announces Road 96: Mile 0 In Cool Trailer
Next
Sony Is Working on a Controller With Collapsible Joysticks
Previous
Halo Infinite Is ‘Reducing Pricing Across the Board’ Starting Next Week