The Dungeon of Naheulbeuk: The Amulet of Chaos Arrives to Next-Gen Consoles

Publisher Dear Villagers, humorous, turn-based RPG: The Dungeon of Naheulbeuk, arrives on next-gen consoles today. The game arrives to the next-gens chock full of new features, and all the fun details fans would expect. In addition to this announcement, Dear Villagers also confirms an all new DLC. 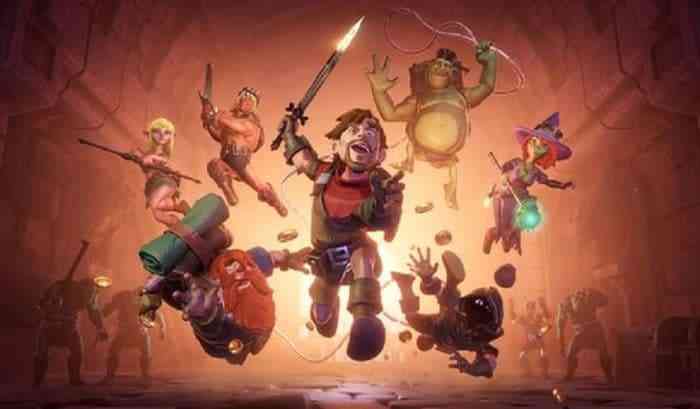 The Dungeon of Naheulbeuk is a turn-based RPG that’s design mimics table-top adventures. The game’s universe, a creation of French author John Lang, began as an audio comedy parodying table-top games and roleplaying. Now, in video game form, the Dungeon of Naheulbeuk approaches the genre of turn-based RPG with charm, humor, and challenge that make the adventure unique.

“‘We are so happy to finally bring this title to fans with next-gen consoles,” said Guillaume Jamet, Head of Publishing at Dear Villagers in a press release.

Players, on next-gen, will be able to choose from seven classic characters, each interacting with one another in different ways. The turn-based combat provides these characters with different mechanics introducing destructive objects and new character abilities. The game also features an expansive world filled with over one hundred different enemies.

On top of all this, included with the base game is the first DLC, “Ruins of Limis” as well as upgraded graphics and performance.

The arrival to next-gen consoles also comes with the announcement of the game’s second DLC: Splat Jaypak’s Arenas. The DLC will see players kidnapped and forced into what the press release describes as “a series of wild combat trials orchestrated by the sinister Splat Jaypak.”

Surviving this DLC means playing through the arenas to get better gear, level up, and eventually, escape. The second DLC is sold separately and does not come with the next gen release.

“We’re not quite done, since there’s still one more DLC in the works!’ ” Said Jamet, mentioning a 2022 release for the third and final DLC.