Sea of Thieves Season 5 is out Today

Season 5 Brings a Good Haul of Booty to your Consoles

Rare’s seafaring pirate game Sea of Thieves just had its newest season launch today, and with it came a boatload of content. Season 5 released earlier today for Xbox One, Xbox Series X and PC. 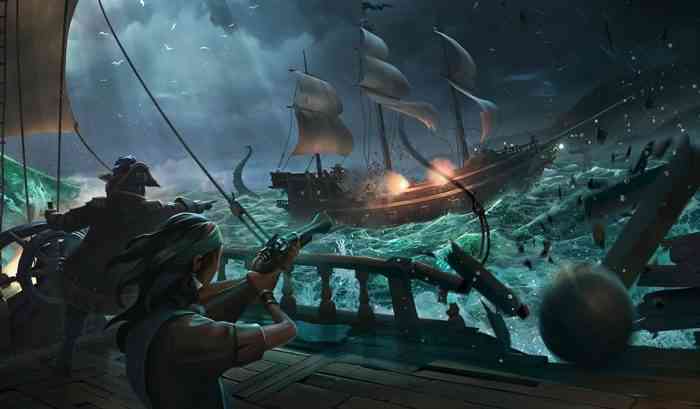 The latest season has brought a ton of new cosmetic items and features to Sea of Thieves. Season Five has 100 brand new levels of rewards that players can receive by gaining renown. An all-new Plunder Pass can be purchased this season as well. The Plunder Pass contains premium goodies from the Pirate Emporium, some of which aren’t currently available anywhere else.

Season 5 also added a long-time fan-requested feature, buried treasure. Players can now bury their own treasure on islands around the map. Not only does this addition make the pirate experience that much more immersive, it also has a practical use. When a player buries some of their treasure, a custom treasure map is generated denoting where the treasure is located. They can then post that treasure map on the new Quest Board found at Seaposts and Outposts. Another player can find and accept these quests which will give rewards to both players’ crews.

This season also came with a few quality of life changes that add a whole new level of immersion. Players can now sit down on various objects including stools, the gangplank and even the Captain’s chair. Players can also sleep in a bed on the ship. Doing this will slowly replenish your health bar. A few other things included in the season are fireworks and flares that players can shoot off out of their ship’s canons and a bunch of new emotes for players to purchase and/or unlock.

Sea of Thieves is available on the Xbox Game Pass and on Steam.