To Celebrate the New Year, Minecraft Creator Razzleberries Has Released a Doggy Daycare

Minecraft has been doing very well for itself; it’s celebrating over a trillion views on YouTube, and there are many people who can enjoy it, despite the Java exploit that was found earlier in December 2021. But thankfully, exploit aside, there are a lot of ways to enjoy the new year with a new DLC. 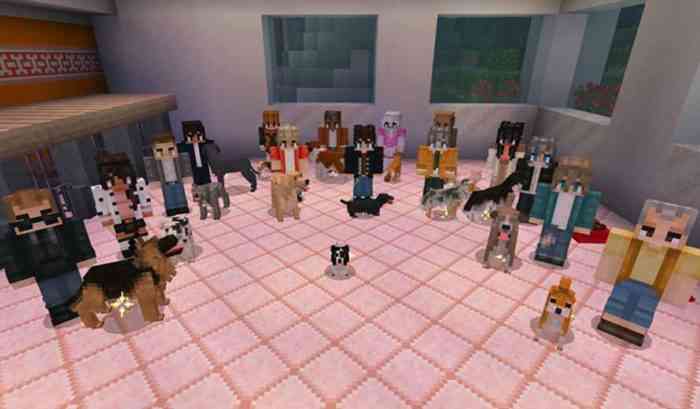 One of the Minecraft DLC creators, called Razzleberries, has made a DLC called Doggy Daycare. Anyone with a copy of Minecraft can get this DLC for free via the Marketplace. The creator Razzleberries was able to create this DLC in partnership with Dogtopia in order to make this possible. In an interview with Razzleberries, it is revealed that this DLC features the story of inheriting a family business, a Doggy Daycare. Staff can be hired, and you can discover over sixteen breeds of dogs to play with, wash, and train!

These are all part of the four featured mini-games that can be played within the DLC. But the map itself is full of urban locations, as well as the possibility of hiking trails and nature- all things that are ideal for dog owners.

But also, interestingly enough, this new DLC map is not just for fun puppy playtime- though you can do a lot of that. According to the creators, there are dog care posters filled with facts, and the NPCs have doggy facts to share as well. So it can be said that it is fun and educational, especially for those who are a little more dog inclined.

Those who are interested in the Doggy Daycare package can pick it up in the Minecraft Marketplace now. However, if you do want a copy, be sure that you have Minecraft: Bedrock Edition with the latest updates in order for it to run smoothly.