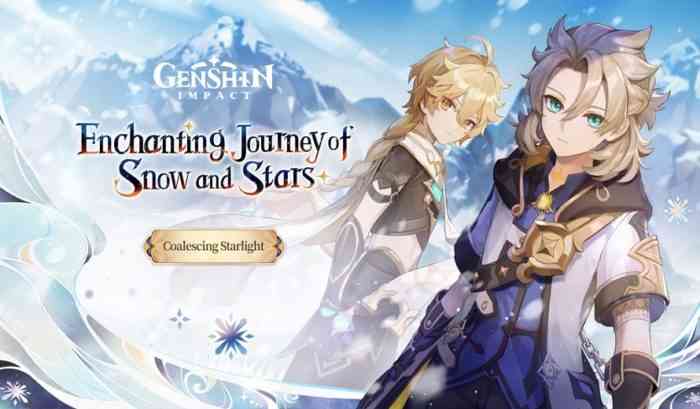 In addition to being the real world inspiration for the game’s area, Dragonspine, the Alps also serve as the perfect place to celebrate the year anniversary of the area itself. What better place could there be to celebrate? The ski resort, Val Thorens, now bears Genshin Impact posters around the area.

Beyond just a press release describing the events to come, miHoYo released a teaser trailer showing off the transformation of Val Thorens.

Players and fans of Genshin Impact can participate in the Enchanting Journey of Snow and Stars web event. The event provides players with a chance to light up a Teleport Waypoint atop the Alps. This will grant them rewards. Also included, for players who help light the waypoint, is a customized photo card of the snowy peaks and their favorite character.

Also, the waypoint ceremony will take place in January. Players can participate in the event here. Are you excited for the event? What do you think about games bringing their locations to life in the real world?