Kingdoms of Amalur: Reckoning launched almost ten years ago. Since its launch, it has grown to have a cult following. Gamers began to enjoy the title as a fantasy RPG with a great, vibrant world to explore. Almost ten years later, THQ Nordic and developers 38 Studios have announced a new expansion coming to the game. Kingdoms of Amalur: Re-Reckoning Fatesworn will release on December 14th, 2021, on PC, Xbox One and PlayStation 4. The expansion alone will be priced at $ 19.99 / € 19.99 / £ 17.99. Furthermore, gamers will pay $ 54.99 | € 54.99 | £ 44.99.for Kingdoms of Amalur Re-Reckoning Fate Edition, which includes the base game and upcoming Fatesworn expansion.

On 14th December, the journey of the Fateless One continues. The people of Amalur are hoping for peace, but a threat has begun to rise in the icy lands of Mithros. Telogrus, the God of Chaos, intends to wreak havoc upon the lands. In Fatesworn, players will journey into a brand new Amalur, filled with snowy tundras, cavers, new enemies and much more. 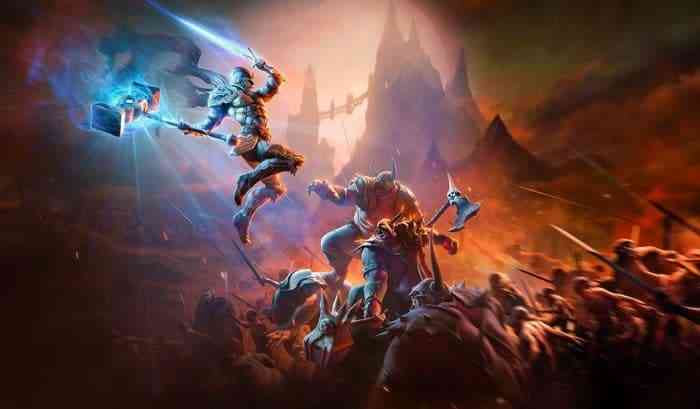 Players will adopt the role of the Fatesworn who must battle against Niskaru and other enemies of Chaos. Furthermore, players will venture into dungeons where threats and enemies await. Are you ready to be a hero?

Additionally, the developers have introduced a ton of new features into the upcoming expansion including a new level cap, a new compelling storyline with familiar and fresh characters and award winning music by composer Grant Kirkhope.

There will be a lot of other features and content for gamers to explore including Mithros, new villages and cities and fresh gear sets.

What are your thoughts on Kingdoms of Amalur: Reckoning? Did you try it? Are you interested in the upcoming expansion? Let us know in the comments below or on Twitter and Facebook.