Annapurna Interactive is a video game publisher that was founded in 2016. Since Annapurna’s creation, the publishers have been involved in a ton of notable titles including Outer Wilds and Twelve Minutes. The publishers have now teamed up with developers Heart Machine to release Solar Ash, a 3D traversal game. Heart Machine was previously involved in games such as Hyper Light Drifter. Solar Ash is now available today on the PlayStation 4, PlayStation 5 and PC via the Epic Games Store.

Additionally, To celebrate the game’s launch, the developers released its Launch Trailer. The launch trailer is almost two minutes long. Fans were given an insight into the game’s graphics, artstyle, story and gameplay. It is clear that Solar Ash is a fast-paced, action game with a unique style that sets it apart. Furthermore, Heart Machine clearly drew some lessons from their time on Hyper Light Drifter. 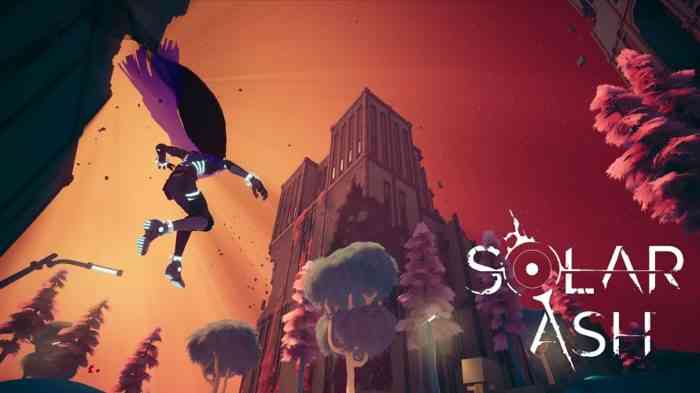 Moreover, Solar Ash is described as a high speed and gravity-bending 3D action platformer. Solar Ash throws players into a world with sunken cities, water shelves, lava zones and much more. Players will undergo a journey that is enhanced by the game’s mysteries, characters and enemy encounters.

Furthermore, In Solar Ash, players will adopt the role of Rei, who is tasked with saving her planet from the Ultravoid, who is on an eternal path of hunger. Rei must navigate the world carefully, solve mysteries and explore the worlds of Starseed and Echo. Are you prepared to save the world?

Finally, interested fans can check out the game here.

What are your thoughts on Solar Ash? Are you interested in the title? Did you enjoy Hyper Light Drifter? Are you a fan of independent games? Let us know in the comments below or on Twitter and Facebook.