We Finally See Live-Action Footage for the Halo TV Series

It’s been a big week for Halo. Not only has Halo Infinite officially launched, but a teaser for the Halo TV series was shown at the Game Awards last night. We saw a short teaser last month, giving us a look at Master Chief’s armor, but we get a better look at the larger world of Halo in this teaser.

The trailer is narrated by Doctor Halsey, portrayed by Natascha McElhone. We see advanced cities that humanity has build, as well as other colonies. There are shots of what appear to be a mining colony and even one build in a cluster of asteroid, connected with space elevators. We also get a look at the Covenant city High Charity. 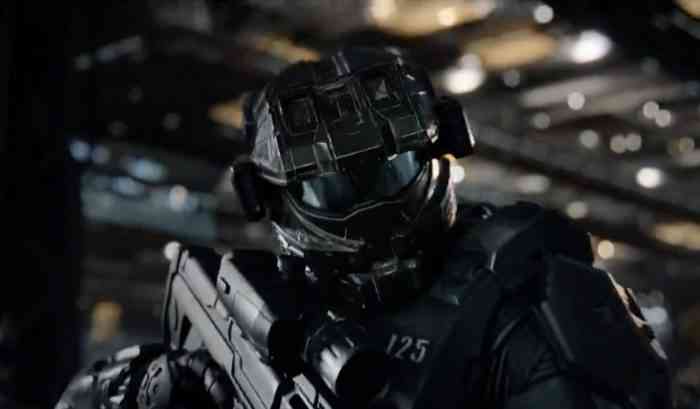 If you are wondering how the Spartans will look in live-action, we do get a glimpse of Master Chief, and a few other members of the Spartan-II team. We briefly see Riz-028, Kai-125, and Vannak-134, suited up and combat ready. Bokeem Woodbine, who you may recognize as Shocker from Spider-Man: Homecoming, is playing Soren-066, who will become a rival and antagonist to Master Chief.

There are shots from inside a UNSC hanger that has a bunch of familiar vehicles, like Warthogs, Pelicans, and Scorpions. They are all looking pretty faithful to their in-game counterparts, which should make fans happy.

Master Chief’s armor itself does have a darker shade of green. Someone definitely turned down the gamma. In the first Halo game, his suit was pretty bright, almost glowing. The suit color in the Halo TV series is a little more tactical, almost army-green. Halo will be premiering and streaming in 2022 on Paramount+.

Are you looking forward to seeing Halo in live-action? Let us know in the comments below.

Halo: The Master Chief Collection Is ‘Internally Exploring’ Microtransactions
Next
Have A Nice Death Will Be ‘One of the Next Great Roguelites’
Previous
Atlus is Releasing a Vinyl Set for Persona’s 25th Anniversary