A platforming action game filled with fiery flare is coming out this month. Ahead of the December 14th release date, Thunderful Publishing and Dejima have decided to release a new launch trailer for their upcoming game Firegirl: Hack’n Splash Rescue. This roguelite fighter focusses on a fire rescue officer. Armed with her axe and a fire-hose, that acts as a jetpack for her, she responds to emergency calls. 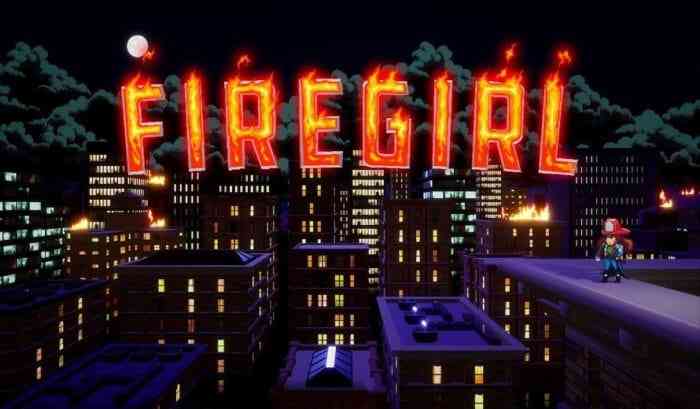 Each emergency call gives the player a chance to progress. Killing blaze-monsters will allow you to purchase upgrades for the fire station. With this in mind, be warned, each emergency call only gives you three minutes to be the hero. Players will need to hack, and splash, their way to uncovering the mystery behind the string of fires burning the city while feeling the heat of timed missions.

In fact, if the new trailer is any indication, it seems the game will hit these goals. The short trailer includes all of the hacking, firefighting, action players can expect. Additionally, the trailer offers hints about story and the root cause of the mystery, upgrading the firehouse, and weapons. Some gameplay elements, including the hose-jetpack and rescuing civilians (and a bear), are also seen in the trailer.

Furthermore the trailer presents a representation of the art style and core gameplay. For being under a minute it sure gives players a lot to consider. Firegirl: Hack’n Splash Rescue releases for PC on December 14th. Later, Firegirl is coming to consoles in 2022. Are you excited for Firegirl? What do you think it brings to the roguelite genre?

Moo Lander, 2-D Platformer, is Mooving to Release May 27th
Next
Horizon Zero Dawn’s Patch 1.11 For PC Adds DLSS And Much More
Previous
Astroneer Blasts Onto Switch Next Month