After years of DLC content, Capcom have finally released their final character for Street Fighter V. Luke will be joining the fight alongside a trailer released today. Following Dan, Rose, Oro and Akira, Luke will be the final addition to the game.

Originally announced at Capcom’s Summer Update 2021, Luke is a completely new character in the Street Fighter universe. He is a brash shirtless kickboxer that fights with abandon rather than precision.

Luke utilizes a special V-System fighting style that is quite distinct from other fighters. Luke’s V-Timer will increase steadily over time. It also increases by dealing damage rather than taking damage. This will encourage players and their opponents to be much more aggressive with their play. You can learn more about his moveset and appearance in the below trailer.

The blond American boxer brings an offence-heavy playstyle to Street Fighter V that should be popular among players. Especially for players looking to play aggressively, Luke will be a welcome addition. His fighting style combines forward-moving physical attacks with long range projectiles. This will surely keep your opponents guessing. He also joins the Street Fighter tournament with several costumes available to players. 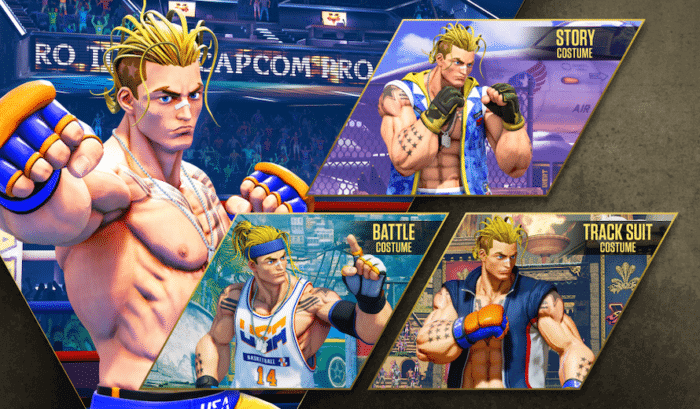 Either way, fans of the series better get used to the former military member. Capcom has confirmed that Luke will play a major part in the franchise going forward. So we will be seeing Luke play a key role in the next Street Fighter project when that is released. However, Capcom is not revealing much information about that next project, so we will have to wait for some time. What are your thoughts about this new fighter?

Evil Dead: The Game Will Be Getting DLC Based on Army of Darkness
Next
Halo Infinite Progression Is Being Worked on Says Head of Design
Previous
So, About That New Halo Infinite Trailer…