Take to the Streets

This game still has a lot of fight left in it. More than four years after its release and it is now entering its fifth season of content. This week, Capcom released a Summer Update Video featuring the director and producer for Street Fighter V. Though this is a Summer update video, all plans for this season will be beginning in the Winter. This video briefs us on some of the characters in the upcoming season, as well as on some news for the Street Fighter community at large. This Street Fighter V roadmap should be satisfying to fans. 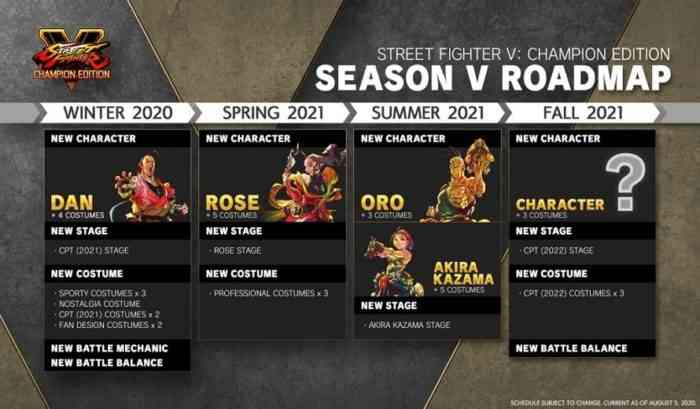 Other news included in the video is that Street Fighter League will be returning in October and that it will be opening the competition up to players outside of the United States. However, due to the COVID-19 pandemic the championship will likely be moving to an online form. There is also a fifth character joining the game this season, but has remained a mystery. Dan, Rose, Oro, and Akira will be sprinkled into the game between the Winter of 2020 and Summer of 2021, with their own respective content. Street Fighter V is available now for PC and PS4.

Which character are you most looking forward to playing as? Let us know in the comments below.