From Double Dagger Studio, comes a game that many pet owners will be able to identify with. Little Kitty, Big City is pretty self-explanatory. You play as a kitten and you are in a large city. Your goal is to get home, but it’s not like a front-and-center goal. More like a where-do-you-see-yourself-in-5-years goal.

Cat owners know the urgency of a feline. You ever call their name? Oh yeah, they’re right on it. While you are out, you might as well take a look around the human world and explore a little bit. 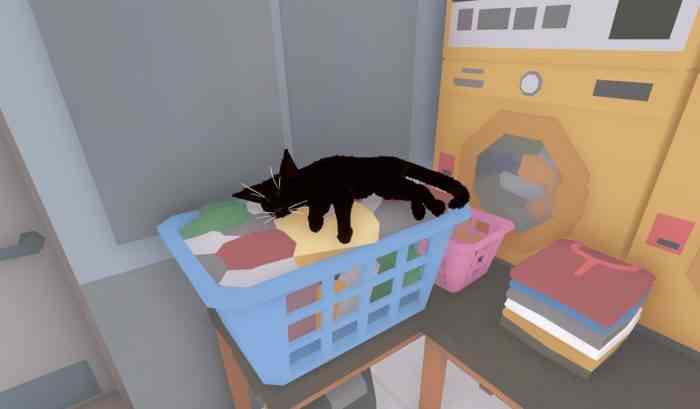 In Little Kitty, Big City, you do all the stereotypical cat activities, cativities, if you will. These include, knocking things off of shelves, pouncing at birds, stealing fish and other food, and being full of mischief. You will also meet a ton of other animals, such as birds, chicks, and dogs (not as hostile as the media portrays).

While the game art and tone are suspiciously similar to another animal game I Am Fish, some say that it has the same chaotic feeling as Untitled Goose Game. However, it appears that there will be more of an open world compared to the two.

You can add Little Kitty, Big City to your Steam wishlist right now, but unfortunately, there is no planned release date; “Cats don’t have deadlines”. Ain’t that the truth? Oh, you can also take selfies wearing different hats. Do you really need to know anything else? Little Kitty, Big City will be coming out on PC and hopefully, other platforms.

Would you spend your days as a cat in Little Kitty, Big City? Let us know in the comments below.