Atlus is a Japanese video game publisher with renowned titles including the Persona and Shin Megami Tensei franchises. Both franchises are popular in the West. Vanillaware is a Japanese video game developer that has previously worked with Atlus and Capcom to release its titles. The companies have announced that 13 Sentinels: Aegis Rim is heading to the Nintendo Switch on April 12th, 2022 in the West. It will release in Japan on 14th Apri, 2022 at a cost of 6,980yen. Furthermore, the game has surpassed 500,000 copies in sales worldwide.

Furthermore, 13 Sentinels: Aegis Rim released in Japan on PlayStation 4 in November 2019 and launched worldwide later, in September 2020. The physical and digital editions for the Nintendo Switch will include extra content. The extra content is the game’s Digital Secret File and Digital Artworks art book. The Digital Artworks art book contains nine additional illustrations. The physical edition will also come with a reversible cover jacket. 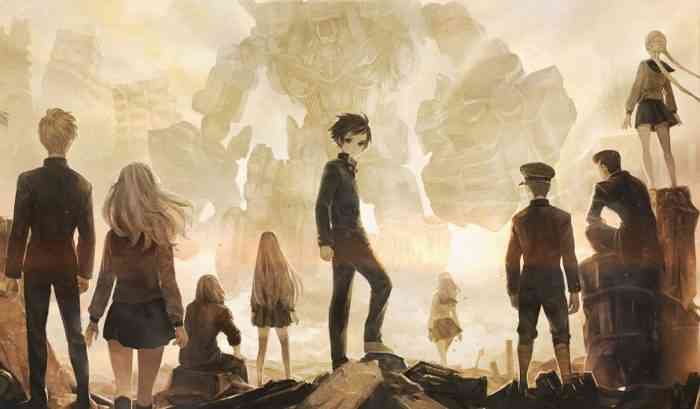 The game’s Nintendo Switch announcement trailer shows off different aspects of the game. Firstly, it highlights that 13 Sentinels: Aegis Rim has won various awards for Best Narrative and more. Secondly, the trailer goes on to show off the game’s story, graphics and gameplay.

Additionally, 13 Sentinels: Aegis Rim mixes real time strategy and side scrolling mechanics. It follows the story of thirteen high school students in Japan who have been drug into an unfortunate war, with mechas and hostile Kaiju.

Moreover, along with the announcement of the port to the Nintendo Switch, the developers announced that 13 Sentinels: Aegis Rim has officially surpassed 500,000 sold worldwide.

What are your thoughts on 13 Sentinels: Aegis Rim? Did you try it out on the PlayStation 4? Are you interested in its release on the Nintendo Switch? Let us know in the comments below or on Twitter and Facebook.