DSi Ware with a Crank

If you’re looking for a new handheld, your only option is Nintendo’s various Switch consoles. The 3DS is dead as far as new releases are concerned, and Sony’s PS Vita was discontinued almost as fast as it was released. As a result of low support from big companies, we’re starting to see small startups take a crack at handhelds.

Panic Inc, in collaboration with Teenage Engineering (the folks behind popular music devices such as the Pocket Operator series and the OP series), is releasing the Playdate. The company’s first handheld features a 1 bit 400 by 240-pixel screen, a 180 MHz Coretex M7 processor, Game Boy-Esque controls and strangest of all, a crank that we’ll get back to in a second. Those specs might not sound very impressive, but a lot can be done with it considering the 1-bit screen. The benefit is also a battery life of 8 hours and 14 days of standby time. The display isn’t particularly impressive, as pixels can be only on or off with no in-between, but it will definitely get the job done. The most important thing, however, is the software. 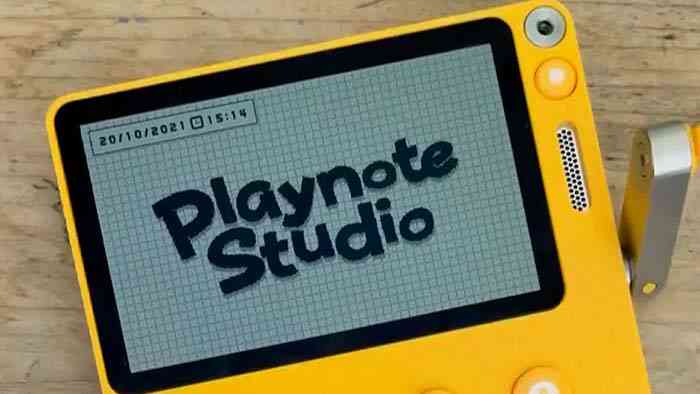 Promising 2 new games every week for 12 weeks as well as a developer studio for community builds, the Playdate has one more trick up its sleeve. Using the Playdate’s developer studio, James Daniel recreated the DSi’s Flipnote studio on the new handheld. Using that magical crank, you can scrub through each frame at a speed set by your cranking hand! Unfortunately, you must retrieve the files from a DSi as the Playdate doesn’t have a touchscreen but it’s possible Daniel releases some kind of compromise, be it either a desktop studio like the one he’s already created, or some kind of D-pad and crank etch-a-sketch style drawing studio on the Playdate itself.

Set to launch later this year, the Playdate can be had for $179. Are you interested in this device at all? Do any of the games look interesting? Let us know in the comments!