Doom is a game destined to run on every electronic device on earth. The latest effort towards this noble goal comes from Nic Magnier, who claims he has ported the game to the Playdate. Said micro console comes with what amounts to a tiny chaingun crank. The two were practically made for each other. 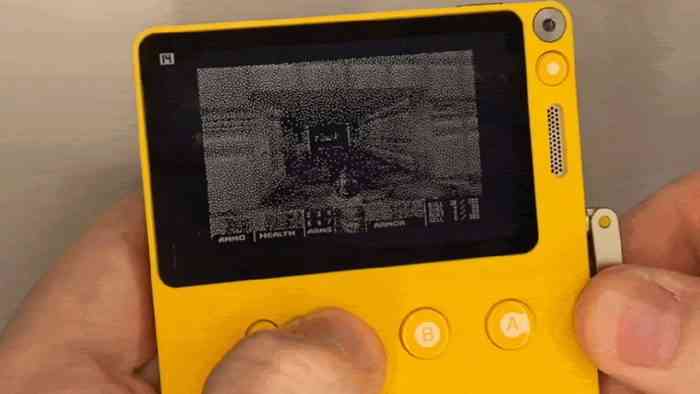 Because this is a micro console, this version of Doom runs in black and white. Said feat is apparently made possible thanks to the “embedded devices fork of Chocolate Doom.” Although creating the port took a mere 15 hours, give or take, the real challenge was creating a black and white version of the game.

Unfortunately, we won’t see the results of Magnier’s work until sometime later this year, when the Playdate is out in the wild. Panic, the Playdate’s developers, have repeatedly referred to the ease of development for the device. It’s essentially a console and devkit all at once, which bodes well for the kinds of user creations we’ll see when it comes out. Doom has a rich history of porting thanks to its near-perfect code, but maybe we’ll see a bunch more classic games get Playdate versions once the console is released? Who knows what other games have hidden crank potential.