The lovable mess that is Fall Guys‘ world may not seem like a natural match for a gore-filled, TV-MA rated death game, but once you take a look at how Squid Game sets itself up, it’s hard not to draw parallels. The vibrant colors, the simplistic games, and an identical elimination system makes the two franchises ripe for a crossover – as unlikely as it might be. But inspiration needs no such odds, and Mediatonic has certainly taken note of Squid Game’s explosive rise to popularity.

A recent Techradar interview featured Fall Guys’ lead designer lamenting some of the challenges faced by the game’s structure. The development cycle led to a ton of scrapped ideas in an effort to ensure that only the best ones rise to the top, and Squid Game’s prominence might just transform one of those scraps into the game’s next addition. 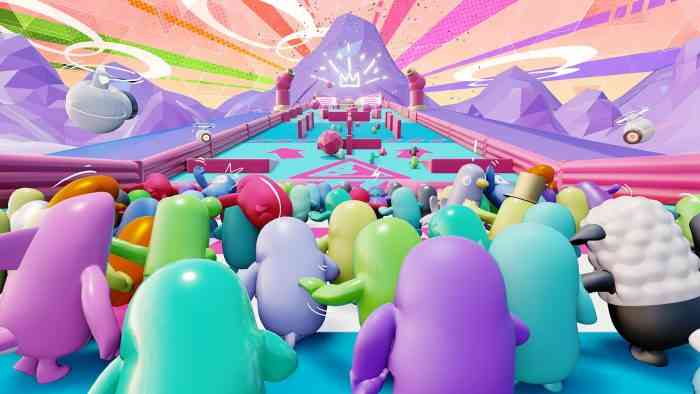 “Oh, yeah, there’s definitely a lot,” Walsh said, in a discussion about the game’s scrapped concepts. “One of the ones that’s come up recently, again, is Squid Game [which] is now the biggest TV show in the world. And it opens with Red Light Green Light, which is something that we dabbled with. And we never actually got to prototyping it, because we couldn’t quite see how it works.

“Within a video game there’s something about movement, which is in real life it’s very hard to stay still. But in a video game, you just put your controller down. And so at the time, I think we were like ‘we’ll never do Red Light Green Light, it doesn’t make sense.’ But now seeing how popular Squid Game is I’d love for us to have another crack at something like that and see if we could do it in Fall Guys.”

It’s not hard to see why the concept was scrapped, but a revived interest in an old concept is hard to ignore. The design challenge inherent to Red Light Green Light is a tough one, but doesn’t seem insurmountable. The game’s physics are intentionally wonky, so needing to keep something (rather than someone) still might prove harder than it looks, especially in the face of possible sabotage by other players. In the end this is a challenge only a game designer can solve, but one that could result in some sweet interactions between players.

Sea of Thieves Is Reducing Milestone Requirements After Fan Complaints
Next
Call of Duty: Vanguard Reveals New Story Information
Previous
A Fortnite Movie May Be Closer Than You Think, Reports Claim