Minecraft Live is coming ’round again. The first of its name was in 2019 as a smaller part of MineCon, but last year, it became the main event during the COVID-19 pandemic. That will be the case again this year as Minecraft Live 2021 is now scheduled for October.

The announcement trailer for Minecraft Live shows the sillier side of Minecraft. In a spoof of 80s technological broadcasting ads, boasting things like color and sound, which we all appreciate. There are also newer, blockier technologies like Quadramorphic Endervision, which will mean nothing at all, but it sounds cool. 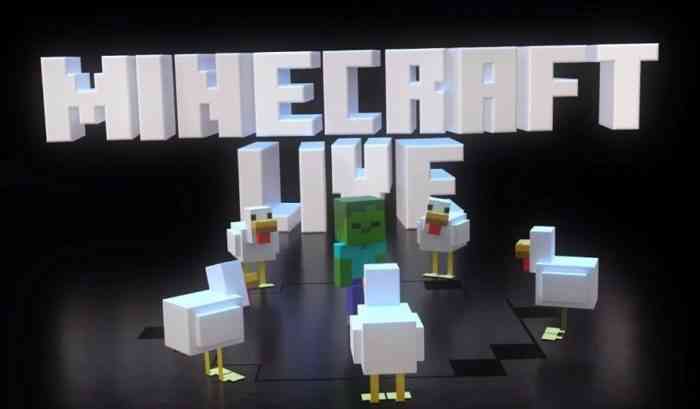 The trailer does not give us anything about Minecraft Live beyond the basic information. Fans will be able to vote on the new mob, like they had in the past, and you can check out how to tune in and watch live. We don’t yet know what mobs fans will be able to choose from, but there is still a month to show us.

Like previous Minecraft events, there will be developers and familiar faces from Mojang, as well as presenters from the community to talk about upcoming things that are planned for the world of Minecraft.

The last we heard about post-launch content for Minecraft Dungeons, the Ultimate Edition had been released, which includes all the DLC. If the Echoing Void expansion is indeed the last DLC pack for the game, perhaps we will hear whether or not Mojang has any different plans for Minecraft Dungeons.

Minecraft Live 2021 will be taking place on October 16th and you can watch it on Minecraft.net/live or Minecraft’s YouTube channel.

What are you hoping to see at Minecraft Live? Let us know in the comments below.