Madden NFL 22 was just released on August 20th and it just got its first major post-launch patch. Although fans of the football game were primarily satisfied with the changes that were implemented for this year’s installment, it did come with a multitude of bugs and issues. The newly released update focused on fixing these problems and hugely improved gameplay to get it much closer to where it should have been when it was launched.

The game’s Franchise mode was the biggest bug that was reported by Madden NFL 22 players. It was a peculiar glitch that affected the saved files of some players, causing them to lose games automatically—even if the original result were actually wins. 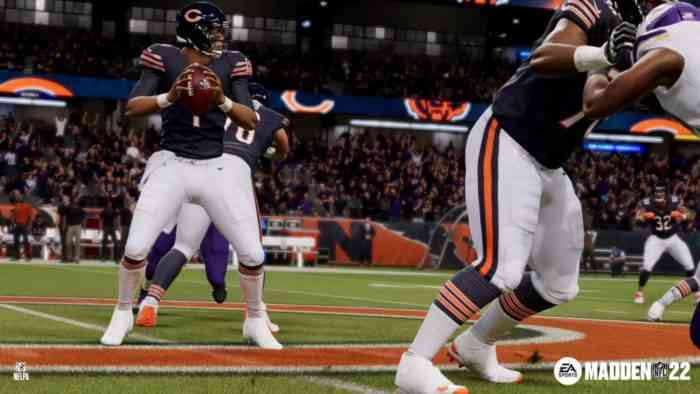 Electronic Arts stated in their Title Updates Notes for September 2nd that they addressed the Franchise mode bug for both old and next-gen consoles. Plus, EA also fixed its stability head-to-head problems, as well as the next-gen glitch that allowed coordinators to be poached from other teams in Super Bowl week.

The new Madden NFL 22 patch also addressed the poor pass coverage in its gameplay. EA has confirmed that they will continue to monitor customer feedback regarding this matter. This proves that the studio is well aware of how dissatisfied their community is with the state of the Madden NFL 22‘s pass coverage. Although the bug was not specifically fixed in this patch, EA did fix two bugs that popped up on defense, which allowed defensive ends to be unblocked too frequently. The second bug that was fixed was the glitch that caused exploit management to activate inappropriately when the defense only had three pass rushers on running plays.

One other major patch note indicated that EA fixed the Momentum glitch. The game’s new Momentum system has been critiqued to have been not finely tuned and did not seem to swing correctly. Going forward, however, the devs have promised that Momentum will swing slower in online head-to-head play.