Crysis Remastered Releases In Physical Form, 1-in-20 Will Have A Gift

Today, a remastered version of the Crysis Trilogy for the Nintendo Switch hits store shelves – with a select few containing something unusual. The game has already been released in digital form for the Nintendo eShop, but Crytek (the game’s developer & publisher) has made sure to include extra content for fans to enjoy.

Every copy will have a bonus art card, and one in 1 in 20 will see something extra special: they’ll find a much more collectable version of the Trilogy featuring signatures from the dev team. They’re only going to be available for day-one purchases, making them even more valuable. 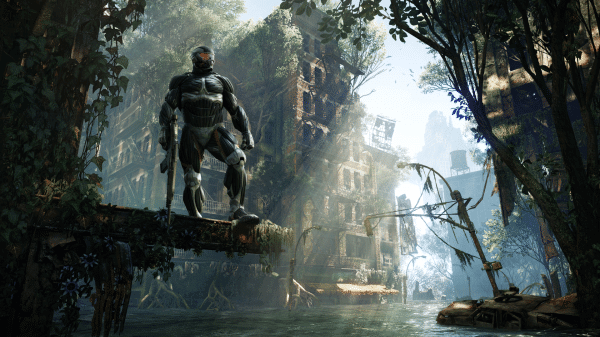 Prices on the secondary market are often hard to predict beforehand, but it’s not hard to imagine them fetching much higher price tags that the basic game. You could buy anything with that money, even more copies of Crysis!

The idea of random inserts isn’t a new one from a marketing standpoint, but it is uncommon for game releases to feature a gimmick like this. Usually the “bonus goodies” are reserved for special or premium versions, pre-order bonuses, that sort of thing. The choice for Crytek to take this angle (as opposed to putting out a “special addition” which would always and exclusively have the signatures) is an interesting one, and it raises a couple questions.

It seems unlikely that an include like this could tempt someone into buying the same game multiple times (especially considering the $39.99 price tag), so perhaps this could be an incentive for retailers to buy several more shipments? They could selectively remove the special versions and sell them off for extra profit, but since that carries a whole host of other issues, that seems unlikely. Another explanation is the potential workload – it takes a lot of time to hand-sign several thousand copies of anything! So perhaps this is some kind of compromise.

Either way, a move like this is definitively “neato” – it might not make or break a ton of purchases, but its inclusion is still a respectable one no matter what.