You may have heard about Valve’s new handheld console: the Steam Deck. PC-quality games on the go sound like an excellent idea and lines like that have been used for advertising handhold consoles since the Vita. But some potential buyers have been wary – a promise like that is one they’ve seen crumble many times before. Gabe Newell’s had hands-on experience with the console for a while, and now that a selection of journalists has been invited to do the same, those concerns could start melting away. 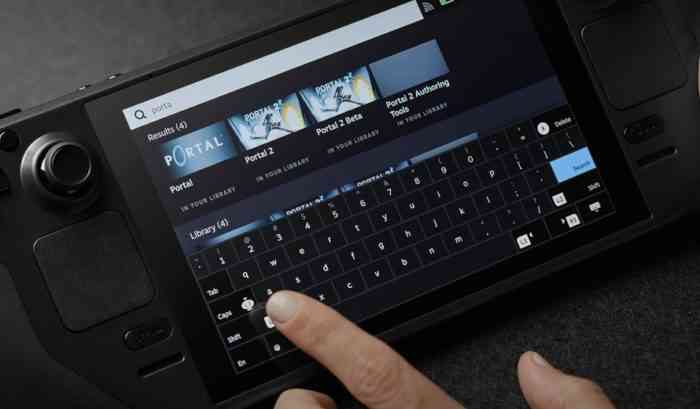 As a result, information on Valve’s new venture is more prominent than ever. Here are just a few choice excerpts:

The Steam Deck was revealed to have multiple purchasing options available for those concerned about storage space: the 64GB option was just the lowest tier. Other options come with 256GB or 512GB options, though you’ll have to pay extra if you want to snag ’em. You can also add your own storage with a microSD card.

Another concern people had was with the controller grip. With something as hefty as the Steam Deck, holding the thing needed to feel good, and reports claim that it feels utterly fantastic.

While the Steam Deck comes packaged with SteamOS, it’s not mandatory for the console to run. With a bit of know-how, the platform can also run Windows – opening the possibilities far beyond Steam’s library.

But for all this praise, some concerns remain. Battery life sits between 2-8 hours, depending on program intensity. Were its games designed for a mobile platform, that may have been less of an issue – but “games you can play for short bursts” aren’t what the PC environment was built for. Those high-intensity games made for extended play sessions might have to stay rooted to a power outlet.

It also lacks an answer to the Switch’s kickstand – while this limitation may not matter to a large portion of buyers, others have been able to use Nintendo’s platform in ways and places few people expected. If you were among them, this news might be a deal-breaker.

The Steam Deck could arrive in player’s hands as early as December this year, though that’s just a shipping date – not a release date. Early 2022 will be an interesting time to be a PC gamer, and the Steam Deck is something we should all be keeping a close eye on.

Falling Out, 2D Roguelite, Releasing In October
Next
Double Fine Announce That Psychonauts 2 Has Officially Hit Gold
Previous
Level Up Your Experience Now With Fantastic Deals On The Best Gaming Accessories