Riders Republic’s Beta Now Open to All Until August 28th

Riders Republic’s public beta has just been opened to every PlayStation 4 and PlayStation 5 gamer who wants to give the open world race game a try. Ubisoft just wrapped up the game’s closed beta, which only allowed selected players to join, and expanded it to an open beta. The open beta will last on August 28th, giving fans enough time to enjoy its enormous open world by bicycle, paraglide, snowboard, and other types of extreme sports—all for free. 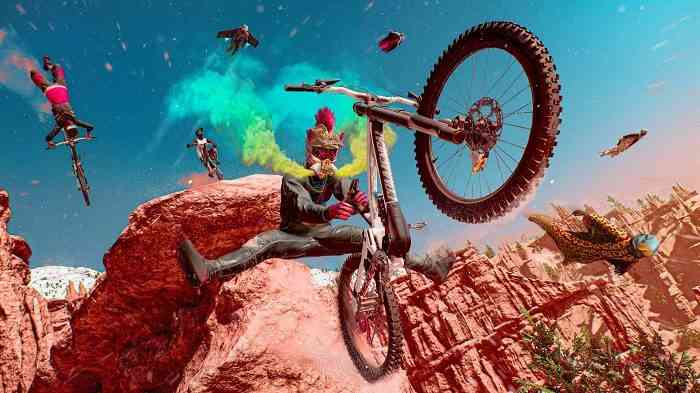 Riders Republic will allow players to not just get on their bikes, but also on their skis, snowboard, and other types of extreme sports equipment in “an extreme sports fantasyland” that is set in virtual versions of many landmarks, such as Zion, Bryce Canyon, Mammoth Mountain, Yosemite Valley, and Sequoia.

The Riders Republic open beta will allow players to take part in a selection of events, both solo and multiplayer, as well as compete in Mass Races against 50 other players for next-gen consoles. For Xbox One and PS4 players, however, the player capacity for competitive play was reduced to only 20+. More options for the game’s versus mode will be available in the game’s final release, which has been scheduled on October 28.

Fans were quick to point out that Riders Republic is pretty much like Forza Horizon, but for extreme sports. The game showcases the signature design featured in the other titles from Playground Games—from the apparent festive vibe right down to the use of a rewind function that players can take advantage when they mess up during a race. However, it is worth noting that the rewind option is not happening for everyone. With that said, using them after a crash will most likely set the player back behind the rest—which somehow adds an element of drama to the gameplay.