Riders Republic is looking to become a massive community of downhill racing. It includes BMX riders stunting off of rocky terrain, skiers and snowboarders shredding snowy slopes, wingsuits and gliders zipping through trees and off of cliffs, and pretty much everything in downhill speed.

Speaking of speed, it looks like Ubisoft is pumping the brakes a little bit on development. It was meant to be coming out in September after a previous delay, but the release of Riders Republic is being pushed back just one more month. We don’t want to have an accident, now do we? 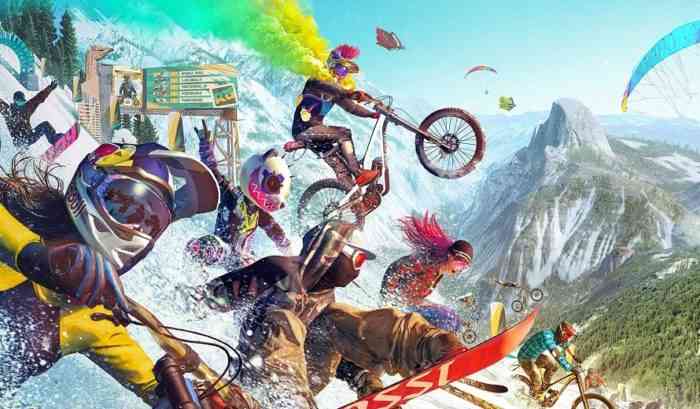 From the look of the deep dive gameplay and cinematic trailers, there is a lot to do, no matter what your preferred method of extreme is. It also looks like it is pretty much done and judging by the relatively short delay, it might just be.

Riders Republic’s release date of September 2nd has been pushed to October 28th, which is not nearly as long as Rainbow Six Extraction’s delay also announced today. It’s a day for delays, I guess.

It almost seems like Riders Republic is a much deeper, more expanded game on what Ubisoft was trying to do with Steep in 2016, which received a lot of critical acclaim, so hopefully, Riders Republic hits the mark when it does come out.

Riders Republic will be coming out on October 28th for PC, PS4, PS5, Xbox One, Xbox Series X|S, and Stadia.

What are your most looking forward to in Riders Republic? Let us know in the comments below.