Xbox and PC gamers have been hyped about the Halo Infinite technical preview and the importance of destructible fruit. To get in on it, Pope Art has designed a brand new Xbox Series X|S controller inspired by the classic Halo weapon, the Needler.

This controller is titled Pins & Needles, has the colors and patterns of the covenant weapons. The face buttons and guide button are highlighted blue, the left side has the familiar purple needles and colors, and the right side has the darker colors of the weapon’s inside. 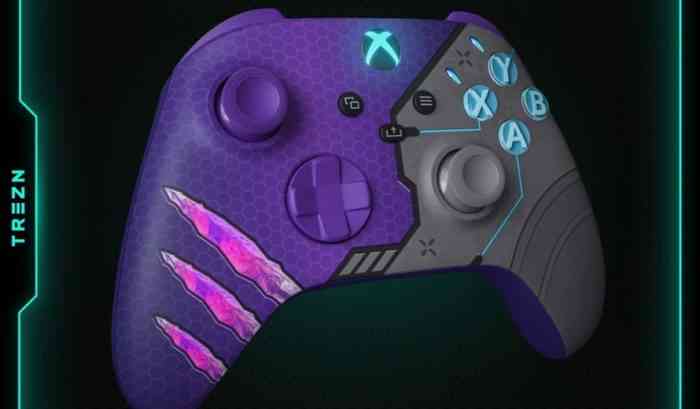 LT, LB, and RB are purple, but RT is painted pink, because you know, that’s the one that turns enemies into pink mist. The left and right sticks are also colored like their respective side.

The controllers are designed to last as long as you use them and they ship worldwide. If you are just into collecting nifty controllers, you may want to place your order fast. There are two rounds of shipments and the ones shipping this month are sold out, but there are still some available that ship in September. Whatever the case, if you order one, it should arrive in time for Halo Infinite’s launch.

This controller is more expensive than the standard design. You can usually get an Xbox Series X|S controller for about $70-$80, but the Pins & Needles controller will cost $149.99. Those are collector numbers, but if you like it that much, then you can get your own now.

Halo Infinite is coming out later this year for PC, Xbox One, and Xbox Series X|S.

Would you like to see custom controllers based on other Halo weapons? Let us know in the comments below.