Hitman 3: Season of Gluttony Kicks Off in a Few Days

Hitman 3: Season of Gluttony will officially be released by Developer Io Interactive on August 31st. The Gluttony DLC will be the fifth act in the franchise’s Seven Deadly Sins Collection, and as the name indicates, will be heavily themed around overeating, overindulging, and murder. Although the expansion will be out in a few days, the devs behind it had already announced that there will be no full game update for Hitman 3 during the launch, but will instead come in early September. 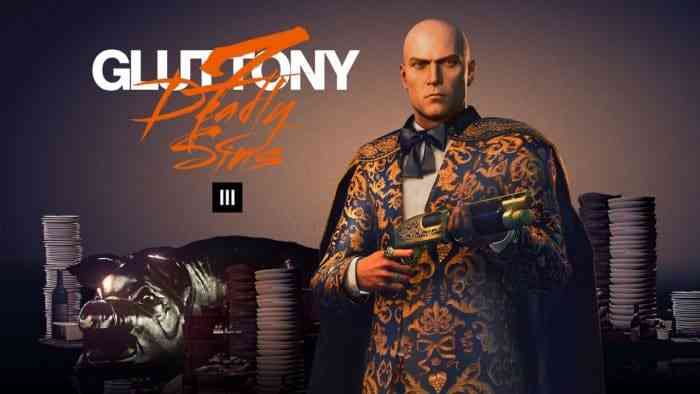 The Hitman 3: Season of Gluttony expansion will include a new Escalation mission which will be called The Gluttony Gobble, a flashy Profligacy Suit, the Bubble Queen Gum pack, and the glitzy Maximalist Shotgun. Two more DLCs are expected to come at unspecified dates.

The Seven Deadly Sins Collection first kicked off with the Season of Greed DLC, Season of Pride, Season of Sloth, and, just recently, the Season of Lust. Each of these seasons brought with it new suits, missions, and weapons that are all built around the seven deadly sins. Since this upcoming one is called Season of Gluttony, Hitman 3 fans can expect a multitude of gluttony-themed additions in the near future.

Nothing else was revealed about Hitman 3: Season of Gluttony, and fans are itching to know more about its unique mechanic. It might have one that is quite similar to that of The Sloth Depletion, wherein Agent 47 lost energy with every action. This meant that players had to complete the levels they were in as fast as they possibly could. With that said, the upcoming gluttony-themed DLC might also require Agent 47 to restore energy by killing the targets.

Hitman 3: Season of Gluttony can be purchased individually for $4.99, or players can simply upgrade to get the complete Seven Deadly Sins Collection for $30. This full purchase will give them access to all past, current, and future Hitman 3 DLCs.