The crossover between Fortnite and Street Fighter was solidified earlier this year when Chun-Li and Ryu were added into the former’s character roster. Now, it has just been confirmed by Capcom that Guile and Cammy will be joining them soon.

Guile will be touching down in Fortnite in all of his flat top glory and signature green fatigue combat wear, which was first highlighted in Street Fighter II. Joining him will be Cammy from Delta Red in her classic outfit. These two classic Street Fighter characters will be available in the Fortnite Item Shop starting on August 7th at 8PM ET. 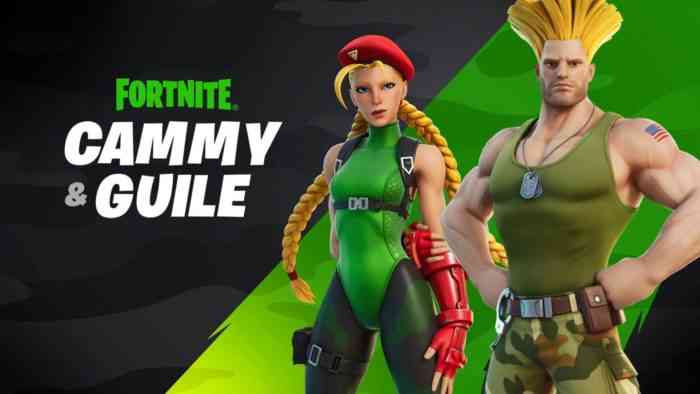 Just like the extras that both Ryu and Chun-Li got when they landed in the Fortnite world, Cammy and Guile will also be getting their own, in addition to their in-game skins. Guile has a KO Back Bling, as well as a beach-ready Glistening Guile Variant. Cammy, on the other hand, has her Tactical Cammy Variant and her Borealis Backer Back Bling.

Their gear bundle will also be featuring other gear and weaponry taken from the Street Fighter franchise. Examples of such features are the Knuckle Buster Pickaxe, Guile’s V-Trigger Vector Glider, and Cammy’s Delta Red Bowie Blade Pickaxe. Also, because of the timing of this new Fortnite-Street Fighter crossover, this means that players can attend the upcoming Fortnite Ariana Grande concert series either as Cammy or Guile.

Fortnite players are also given the opportunity to obtain Cammy’s full look, including her Borealis Backer Back Bling, ahead of the others. By competing in the Cammy Cup scheduled on August 5—two days before the character’s official launch in the Fortnite Item Shop—the top performing teams in each region can get the bundle as a prize. Those who want to participate should have 2FA set up on their Epic account and must currently have an Epic account level of at least 30.