A Reason to Return to Land’s End

The cursed kingdom of Ender Lilies: Quietus of the Knights is getting a free update on Steam–specifically, the first major content update since launch. It brings new modes, a new equipable item, and even a movie player to the desolate realm of Land’s End, giving protagonist Lily plenty of new avenues to explore. The update will also be coming to Nintendo Switch, PS5, PS4, and Xbox One at a later date.

Our frail but intrepid heroine will be facing a parade of fallen friends-turned-foes in Maligned Memories Mode, which serves as the game’s boss rush gauntlet. This mode will allow players to put their skills to the test and enjoy the game’s Bloodborne-inspired boss battles in rapid succession. 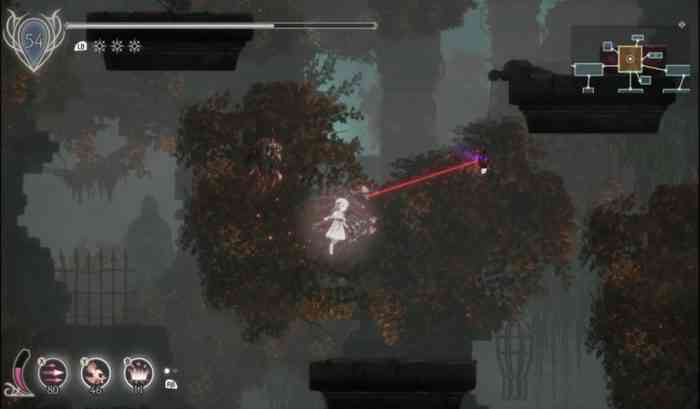 Also available is a New Game + mode that will allow players to carry over abilities, relics, and more when restarting the game. However, you aren’t the only one who can remember the previous timeline–enemies will deal increased damage and feature remixed attack patterns.

If you’ve been looking for an excuse to replay the game but didn’t want to repeat challenges you’ve already beaten, consider giving New Game + a shot. Alternately, you could relive the most moving parts of Lily’s journey with Blighted Memories, an in-game movie player.

Those of you who are just here for the narrative can now relive the story, and those of you who are hard at work writing fix-fics for the game can rewatch every cinematic for worldbuilding details. Whatever the case, Blighted Memories sounds like a great way to immerse yourself in the twisted world of Land’s End without having to fight everyone again.

Meanwhile, the new Blightborn Modes will allow you to customize your experience and create unique challenge runs. And if that’s not enough, you can also equip a new endgame item as a reward for returning to Land’s End.

Ender Lilies: Quietus of the Knights is now available on PlayStation 5 via backwards compatibility with the PlayStation 4, Xbox Series X|S, Xbox One, Nintendo Switch, and PC.

What’s your favorite gothic horror game? Let us know down in the comments, or hit us up on Twitter or Facebook.

Tokoyo: Tower of Perpetuity Will Launch On PC And Switch In Early June
Next
Dead By Daylight Will Remove Demogorgon & More
Previous
Check Out the Hand-Drawn Gameplay of Forgive Me Father