The dark and melancholy soulslike/Metroidvania/2D side-scrolling action game Ender Lilies: Quietus of the Knights continues to haunt the long, winding corridors of the game industry, and now this restless soul is drifting onto PS4–and PS5 through backwards compatibility. This game is well known for its smothering atmosphere, emotional soundtrack, and deeply unsettling gothic horror aesthetic, all of which are showcased in this Japanese PS4/PS5 launch trailer.

At the beginning of the trailer is a stream of accolades, all of which serve to establish the game’s reception. Spoilers, but Ender Lilies: Quietus of the Knights was extremely well-received by fans and most news outlets, including us.

From there, the trailer briefly introduces the protagonists, Lily and the Umbral Knight, having a quiet moment before moving on to show one of the game’s foreboding environments rising out of the rain. The next chunk of the trailer shows Lily walking slowly down huge, empty halls, exploring as new areas open up for her–and reaching out to the corrupted spirits of her enemies.

The absence of spoken dialogue and focus on visual design and symbolism helps convey the tone of the game, which is good because as of writing the English version of this trailer seems to be impossible to locate. The rest of the trailer is dedicated to showcasing the game’s combat, grim but breath-taking environments, and the many horrifying bosses that will do their best to stop Lily in her tracks.

In this game, players take on the role of Lily, the last White Priestess tasked with cleansing the kingdom of Land’s End of the supernatural curse known as the Blight. The Blight is basically a zombie virus, and it’s twisted the kingdom’s inhabitants into grotesque undead monsters–but purifying their souls may require more than Lily can give.

At Lily’s side is the Umbral Knight, a brusque but faithful specter that has somehow remained untainted all these years. They and any other purified spirits handle the attacking, as Lily is a young girl who can’t physically defend herself against the Blighted Ones. 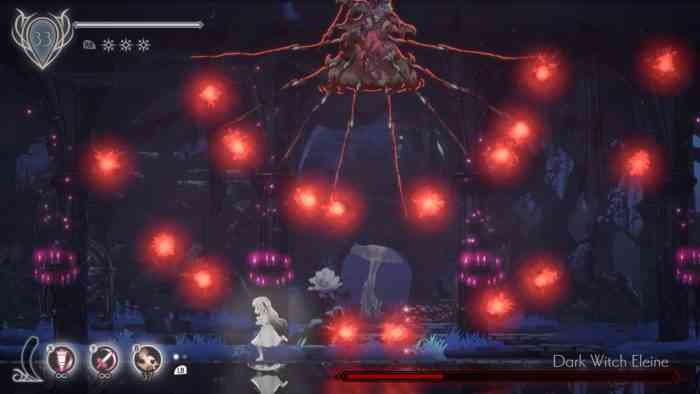 Ender Lilies: Quietus of the Knights is now available on PlayStation 5 via backwards compatibility with the PlayStation 4, Xbox Series X|S, Xbox One, Nintendo Switch, and PC.

What’s your favorite gothic horror game? Let us know down in the comments, or hit us up on Twitter or Facebook.