Are You Brave Enough?

Bravely Default II is a turn-based RPG that sees players taking on the roles of four heroes: Seth, Gloria, Adelle, and Elvis. It’s a relatively straightforward affair, with plenty of main and side quests for players to sink their teeth into. But Bravely Default II’s gameplay is where it shines brightest; The typical attack/guard system being replaced with one that lets players store actions to use them later, all at once. Combine this with the four party members, each one able to store/use actions separately, leaves a ton of room for flexibility in how you want to play. 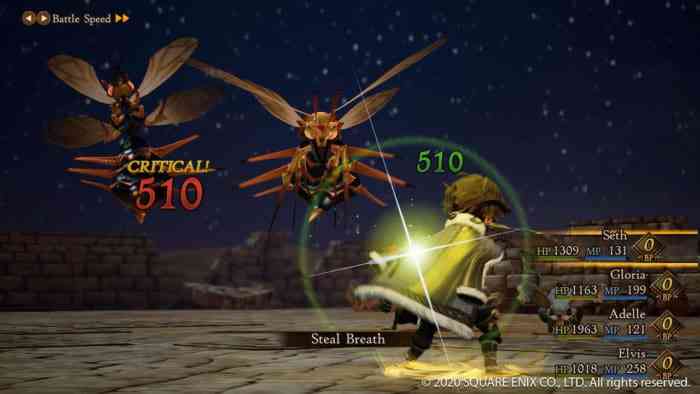 Until recently, the game has been exclusive to the Nintendo Switch. With this added reach, more players than ever will be able to dive into Bravely Default II’s world and characters. This kind of expansion is uncharted territory for the Bravely Default series – when the original game was released almost nine years ago, it was exclusive to the Nintendo 3DS. And to date, it’s never seen any official released outside that platform. The game’s sequel, Bravely Second: End Layer, shared this issue.

But now, the exclusivity to Nintendo platforms is no longer an issue. They certainly picked an excellent platform to expand onto – Steam’s playerbase is absolutely massive, and with the prominence of Japanese RPGs in this space (Square Enix’s own Final Fantasy 14 MMO comes to mind), Bravely Default II is sure to find a home in many player’s libraries. It’s even possible that a move like this could lead to more people owning the original games, but that’s something we’d need to wait and see for.