Guilty Gear Strive has announced Jack-O as its latest DLC character in a trailer earlier today.  If you have the Season 1 Pass, you can begin playing her on August 27th.  However, if you do not have the season pass, you must wait until August 30th to purchase her individually.  So far, the trailer hints towards a major overhaul to her move set introduced in Guilty Gear Xrd Revelator. 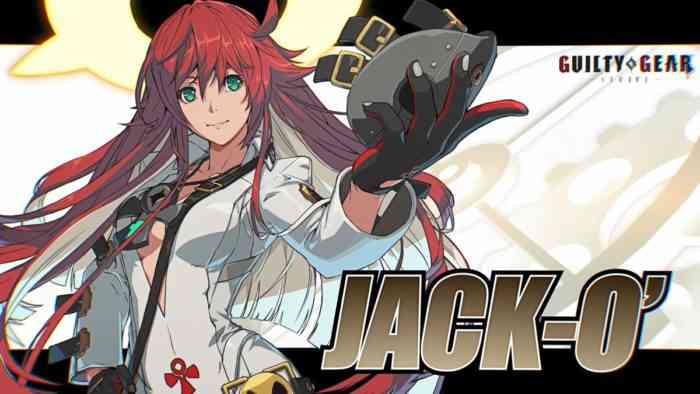 In the trailer, her “adult/kid” split personality is displayed, as well with her signature mask on and off throughout fights.  In previous games, her mask plays a prominent role for her, so it is unclear whether having the mask on/off will have any effect on her gameplay.

In addition, her unique gameplay is showcased: she gets to utilize three cute minions with lollipops as weapons.  Unlike previously where her minions use different weapons of a sword, spear, and staff, it appears that all three minions use the same lollipop weapon.  She primarily uses her new minions as explosive kicking projectiles, although there is a brief frame where she uses one to shield herself.  The gameplay almost looks like another character, Venom, who would hit billiard balls towards his opponents.

Jack-O was first introduced in Guilty Gear Xrd Revelator.  In the trailer, there are no glimpses of her houses integral to her old “tower defense” gameplay, so there will probably be a large overhaul to her move set.  Since Jack-O is the second of five characters which will be added as part of the Season 1 Pass, we may get more returning characters as a result of Guilty Gear Strive’s story.

What do you think about the newest Guilty Gear Strive character? Let us know down in the comments, or hit us up on Twitter or Facebook.


Wrestlequest Will Officially Release On PC and Consoles Early Next Year