Well, That’s One Way to Study Up For a Role

The Last Of Us is one of the greatest entries in modern gaming and countless fans around the world are looking forward to seeing the HBO TV series, which began filming recently. Needless to say, the actors are hard at work, which for some means playing video games.

Gabriel Luna will be playing the role of Tommy in The Last Of Us HBO show. To make absolutely sure he does a good job, Neil Druckmann–the mastermind behind the franchise–decided to give him a PS5 so he can replay the games. For research purposes, of course.

We’re sure that playing video games for work would be a dream come true for many, and it appears that Luna is among that number. The actor immediately took to Instagram, where he posted a picture of himself posing beside his new console in its box.

He thanks Druckmann for the gift in the accompanying post before declaring that he plans to replay both The Last Of Us games in the especially grounded mode where there are no second chances–one hit will send him right back to the start. This could be a hint at the kind of merciless tone fans can expect to see from the HBO adaptation, or it could simply be a testament to Luna’s gaming tendencies. Either way, we wish him luck.

Hopefully, making his way through The Last Of Us and The Last Of Us Part 2 during filming will help Luna really step into the character on Tommy. If we’re lucky, the rest of the cast will follow suit or at least take the opportunity to watch over his shoulder while he plays.

The Last Of Us is a truly great game with a truly memorable setting, and we hope the HBO show will capture what we loved about the games. 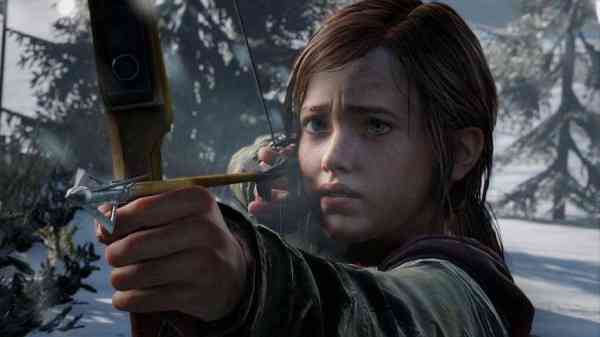 Are you looking forward to seeing Joel and Ellie’s adventure hit the small screen? Let us know down in the comments, or hit us up on Twitter or Facebook.