Return To The Woods With Moss: Book II

Twice Upon A Time…

Way back in 2018, a little game called Moss was released for PlayStation VR. In it, you play as an omnipotent force that aids a brave little mouse called Quill on an adventure through the woods, manipulating objects and helping Quill find secrets by navigating the 3D space that surrounds her path. Moss was considered by many to be the first great VR RPG, and today’s State Of Play event revealed that Quill will be returning in Moss: Book II. 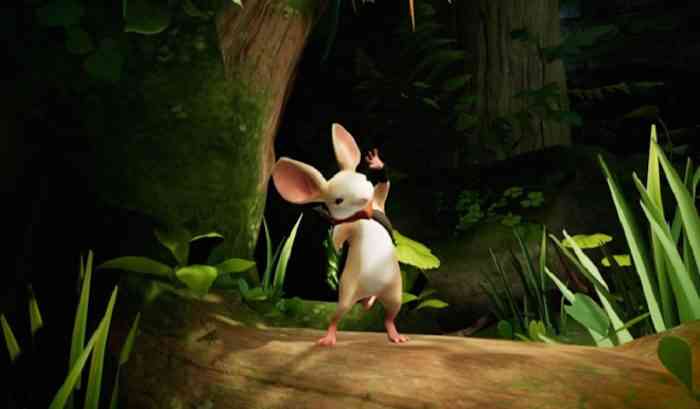 Moss: Book II picks up right where the first game left off (spoilers!). Though Quill has successfully rescued her uncle Argus, a mysterious new evil has taken over the Arcane forces that now hunt her through the castle in which Argus was held. This time around it won’t just be her uncle that Quill has to save – the fate of the world is in her hands.

This increase in the stakes of the story coincides with an increase in the scale of what developers Polyarc are aiming for – not only will Moss: Book II have larger world than the original, it will also last longer. There’ll be new combat mechanics, new puzzles, and plenty of new enemies and allies to meet along the way.

Joshua Stiksma, Polyarc’s design director, outlined the company’s goals with Moss: Book II: “Our hope with Book II is that players are once again reminded of the joy of physical interaction and the power of the emotional feedback they can experience within VR. Meeting up with Quill and her uncle again in the world of Moss isn’t from an outside vantage point—players are physically inside of the world, and they share a real presence with those characters. It’s that immersion that makes the journey feel all the more real and the stakes even higher.”

Moss: Book II will launch on PlayStation VR, though an exact release date hasn’t been revealed just yet. Keep an eye out for more news soon!