QuakeCon Is Back And Ready to Show Off Games, Updates and More

Get Ready For Intense Action

As a result of the Covid-19 pandemic, various video game showcases suffered severely including the biggest of all, E3. As the pandemic begins to ease in certain parts of the world and companies are realizing the power of virtual platforms, there has been a much needed return of video game showcases such as E3, PlayStation State of Play and more. Today, it has been announced that Quakecon is back, and will officially be fortified by a charitable cause to boot! Quakecon 2021 will take place between August 19th- August 21st. 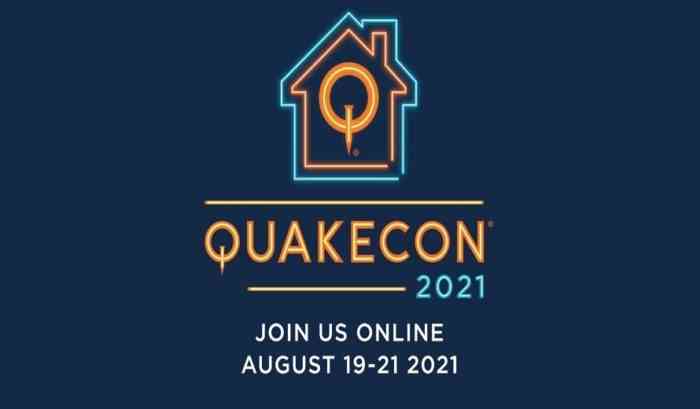 Quakecon 2021 or Quakecon at Home will feature livestreams of updates on existing and upcoming games, tournaments, giveaways, a charity fundraiser and more. The global stream will commence on Twitch at 2P.M. E.T. on 19th August with Bethesda’s own community team as well as influencers and developer appearances. The full schedule for the event will be published in the weeks to come. To bring fans and the community together, the official Quakecon Twitch Team will celebrate Quakecon, play and share games and raise money for the supported charities.

Quakecon has always had an impact on local, national and international organization and with Quakecon 2021, the purpose will be no different as various charities such as Asian Americans Advancing Justice, The Trevor Project, UNICEF and the NAACP Legal Defence and Educational Fund will all be present. Fans will be able to donate to the said organizations directly through the Twitch stream.

Another way to support is by purchasing animal charity tee-shirts as well as sweatshirts. The profits will be split with Dallas Pets Alive and Four Paws. This year, the shirts will feature designs such as Pugchubus from DOOM Eternal and Catloop, inspired by Deathloop.

Are you interested in Quakecon 2021? What are you looking forward to most from the show? Let us know in the comments below or on Twitter and Facebook. Stay tuned to COGConnected for more information on Quakecon!

THQ Nordic Officially Announces Its Remake Of Destroy All Humans! 2
Next
Warhammer 40,000 Darktide Announces Unfortunate Delay Into 2022
Previous
The Cruel King and the Great Hero is Coming West With an Adorable Announcement Trailer