A Story About Heroes… and Villains

Nippon Ichi Software, creators of the Disgaea games, has a record of producing cute fantasy games that are as adorable as they are potentially heart-wrenching, and their upcoming title The Cruel King and the Great Hero is no exception. This game has now been announced to be coming west and given a lengthy official English title.

The announcement trailer is 2 minutes long and consists of stylized animation reminiscent of a children’s storybook, which, given its contents, is very fitting. The video serves to introduce viewers to the main characters of The Cruel King and the Great Hero–a little girl named Yuu who wants to be a hero and the dragon that raised her.

Most of the video focuses on cute shenanigans between the little girl and her foster parent, but once Yuu disappears and the dragon begins to panic, we get a glimpse of how this little family came to be. Apparently, the dragon–known as the Cruel King–used to be a terrifying and destructive monster before being defeated by Yuu’s biological father, a great hero.

Despite everything, the dragon and the hero ended up becoming friends, but one day Yuu’s father showed up mortally wounded and begged the Cruel King to raise his daughter. The dragon clearly agreed and now little Yuu wishes to become a hero in her own right, but the trailer implies that this could lead to tragedy. After all, a hero needs a villain to overcome.

By the one-minute mark, the Cruel King and the young hero are shown facing off against each other in a sea of flames, both of them appearing genuinely distressed. If this is anything to go off of, the game will be touching on some troubling themes like betrayal and how to react when someone you love has done something terrible.

The video description suggests that Yuu finding out the truth of what the Cruel king has done in the past could upset their peaceful life. We’re looking forward to learning more about their story, particularly how it ends. 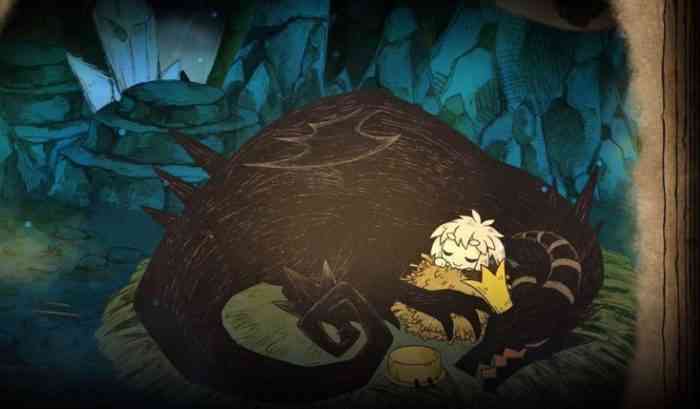 The Cruel King and the Great Hero will be available on Nintendo Switch and PS4 in early 2022.

What’s your favorite non-Disgaea Nippon Ichi game? Let us know down in the comments, or hit us up on Twitter or Facebook.