In a pretty strange turn of events, Nintendo is teaming up with Holiday Inn and Ikea. In both partnerships, Nintendo will be having these two companies subject their unsuspecting guests to the allure of the Nintendo Switch. According to Daniel Ahmad, there will be Super Mario Party-themed showrooms, in a few dozen Ikeas and Holiday Inns in China, where Super Mario Party was recently released. These promotions will be running from now until August 31st. 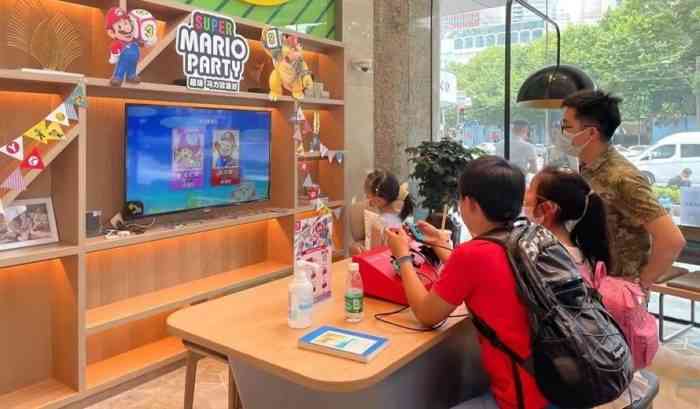 In 12 different Ikea locations, there will be showrooms that customers can visit, where there will be Nintendo Switch stations set up. Maybe families can have their kids play some games while the adults get lost in the warehouse of items. At Holiday Inn locations, there will be Nintendo Switchs (Switches?) that guests can play for free in the lobbies. Alternatively, they can have consoles brought up to their rooms. Ah, reminds me of the days where McDonald’s had N64 stations with broken controllers ravaged by abuse.

This promotion is mainly for the Super Mario Party software, which is fairly new in China. Ahmad notes that these companies are part of the promotion because domestic travel within mainland China is very high right now (because of limited international travel), so it is an opportune time to focus the efforts on a new audience. Super Mario Party is available now exclusively for Nintendo Switch.

Would you like to see more console promotions at hotels? Let us know in the comments below.

OLED Switch Durability Test Video Hurts to Watch, But is Also Kinda Cool
Next
Shueisha & Bandai Namco Register A New ‘One Piece’ Trademark
Previous
What to Expect From the Fallout 76: Steel Reign Update