Labyrinth City: Pierre The Maze Detective On Switch This Week

Out Now on PC, Coming to Mobile This Year

Gorgeous puzzle games come and go, but Labyrinth City is a cut above the rest. This is art in motion we’re talking about here. Now that it’s had a successful launch on PC, the time has come to go portable. In particular, Labyrinth City: Pierre The Maze Detective is coming to the Nintendo Switch in less than a week! Pixmain and Darjeeling is launching the game on Switch on July 15th. That’s so soon! A mobile release is set for sometime later this year, if you want to get even more portable than the Switch. You can check out the PC launch trailer below, along with some more concrete details from the press release.

Publisher Pixmain and independent animation and development studio Darjeeling today announced the PC launch of charming puzzle game Labyrinth City: Pierre the Maze Detective, available now on Steam. Based on the ‘Pierre the Maze Detective’ comic books by Japanese artist Hirofumi Kamigaki and illustration studio IC4DESIGN, the game puts players in the shoes of young detective Pierre as he tracks down the slippery Mr X. The intricate, hand-drawn environments are packed with intriguing characters and secret treats to delight players of all ages. 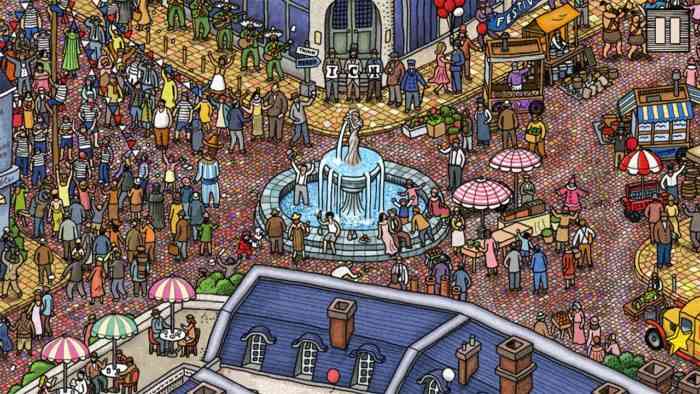 Following hot on the heels of its PC launch, the game is coming to Nintendo Switch on July 15th, and Android and iOS devices in Q3 2021. The game is priced at $11.99 / €11.99 on Steam and Nintendo Switch, with a Steam launch discount of 17% until July 8th, and a Nintendo eShop pre-order discount from July 8th to 15th.

“Where is he? There! Quick, after him!” The elaborate environments from the hand of artist Hirofumi Kamigaki are the colourful stage for a marathon chase, which is as much about enjoying the scenery as ensnaring the prey. The magical Maze Stone has been swiped from Opera City’s museum by Mr X, and young hero Pierre answers the call to track him down. Each maze that Pierre has to navigate is littered with hidden secrets, minigames, and dozens of fun interactions with a dazzling variety of citizens.

Born from the affection the Darjeeling team has for the internationally-published book series, the game has already won awards including the IndieCade 2020 Visual Design award and the Game Connection Asia 2020 Best Quality of Art award.

Human: Fall Flat Announces New Laboratory Level, Celebrates Over 30 Million Units Sold
Next
Psychonauts 2 Will Have an Invincibility Toggle That I Will Be Using
Previous
New Video Shows Samus Going Up Against EMMI in Metroid Dread