We Ruled This Land, We Owned the Night

Survival games have seen something of a boom lately, bringing the stresses and limitations of the genre to all-new settings, tones, and subject matter, so it’s not that much of a surprise that we’re finally getting a vampire survival game. V Rising is an upcoming open-world game about awakening from your ancient slumber and fighting to become the next Dracula, which may be one of the best premises for a survival game we’ve ever heard. The team took inspiration from Netflix’s Castlevania anime, classic horror literature, various horror movies, and local Swedish nature to build an alluring and inhospitable environment. Check out this reveal trailer to get the full terrifying picture.

According to Johan Ilves, Marketing Director at Stunlock Studios, V Rising will offer a huge open-world with room for a minimum of 50 castles on each server. Most of the map will be taken up with deep forests, dark caves and dungeon, and open farmland where tasty, tasty humans can be found. The devs are planning to include a lot of visual storytelling, allowing players to uncover hints of what the world was like when vampires ruled. The game will feature a mix of bosses and random encounters with patrolling humans and devastatingly effective vampire hunters. Simply being a terrifying and bloodthirsty creature of the night won’t guarantee your survival–especially when the touch of the sun is lethal. The game’s day and night cycle is merciless, so hiding from the sun will be an important gameplay mechanic.

Mounts will be the most effective way to travel, so make sure to take care of your horse once you find it. There will be a variety of environmental threats to tangle with as well as a faction system that will see different groups of NPCs attacking each other as well as you. Different kinds of enemies will appear after dark. Mounted combat will also be available, which is good because you’ll need to weaken a human through combat in order to drink their blood. Though humans will be the main source of blood in the game, you’ll also be able to feed off rats and other small, scurrying snacks. Ilves was evasive on the subject of werewolves, but admitted that you might encounter one or two while the moon is rising. 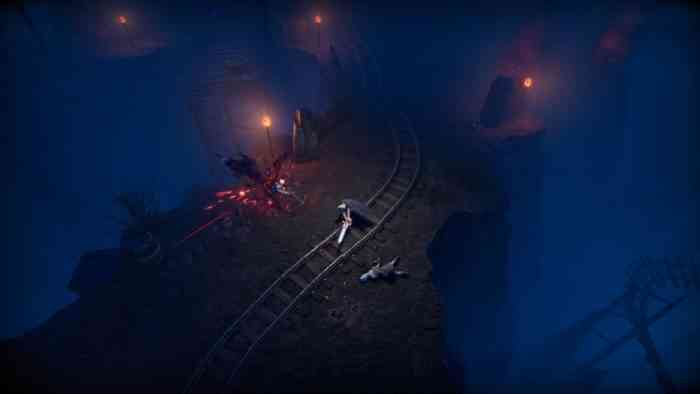 V Rising will be available on PC at a future date.

What would you like to see in a vampire survival game? Let us know down in the comments, or hit us up on Twitter or Facebook.