Spelunker HD Deluxe (Not Spelunky) Is Coming to PS4 and Switch

This generation of gaming will think of Spelunky as the go-to cave-exploring, gem-collecting, 2D game. A few generations ago, that game would have been the 1983 8-bit title Spelunker. It was a challenging platformer where players would have to clear levels by riding minecarts, jumping gaps, climbing ropes, running from boulders, and avoiding enemies. It was revived years later in 2009 as Spelunker HD on PS3 with 3D HD graphics and totally overhauled visuals. Now, it has been brought to the modern age again with Spelunker HD Deluxe, coming to PS4 and Nintendo Switch this month. 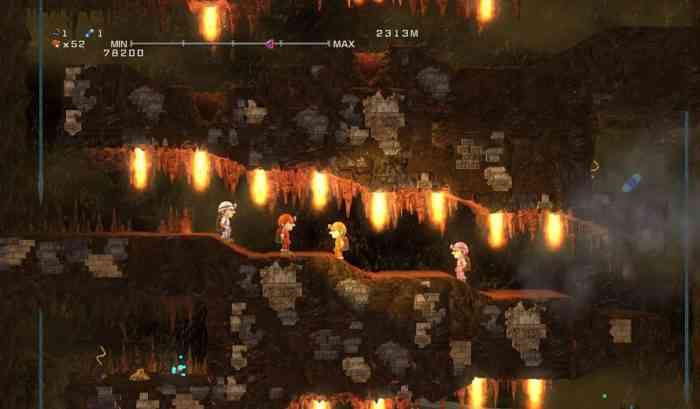 Along with the 2009 visuals, Spelunker HD Deluxe has added a number of improvements to bring it to the into 2021. Though it is still as challenging as it was in the 1980s, there are new modes to explore and new ways to play. There is online and local multiplayer, which can be played co-operatively or competitively. Adventure Mode has you exploring various levels and caves to find your way out, Competition Mode pits players against each other to finish the level fastest, Championship Mode brings out the toughest levels to challenge the most hardened players, and Endless Cave NEO has players go as deep as they can, until they fail.

Nice, shiny graphics are great and all, but for those who want to experience the original, there is an option to switch to the classic 8-bit graphics and music. Spelunker HD Deluxe will be available on June 6th for PS4 and Nintendo Switch.

Did you play the original or the 2009 remake? Let us know in the comments below.

Mega Man: The Wily Wars is Coming Back in This Ultimate Retro Collector’s Edition
Next
Square Enix Presents Summer Showcase Will Be a Keynote at E3 2021
Previous
No Man’s Sky Prisms Update Implements HUGE Visual Improvements