The Grass Is Greener

With the indie gaming Renaissance we’re currently going through, it’s no surprise to see previously independently published titles and concepts being picked up by bigger development studios and reworked for a wider release. This is the case for the upcoming “reverse city-builder” Terra Nil, revealed today as part of Devolver Digital’s presence at the Summer Games Fest.

Terra Nil was initially released on the indie game site itch.io by developers Sam Alfred, Jonathan Hau-Yoon and Jarred Lunt. Now, however, the original developers have joined Free Lives, the team behind the action arcade title Broforce and the gladiatorial VR romp Gorn. The announcement of Terra Nil was accompanied by the release of a brand-new trailer, showing off the game’s gorgeous new graphics and improved gameplay:

The changes in Terra Nil’s new release are many and varied, the most obvious of which is it new art direction. Gone are the retro pixel aesthetics of the original, replaced with a new 3D design inspired by the works of Studio Ghibli. The game revolves around rebuilding the environment following an ecological catastrophe, returning the greenery and life to a once-dead world. According to the original developers, “the new version is going to be the same game you all know and love, just reimagined with better levels, a better metagame, a bunch of new gameplay features (and) new content“. 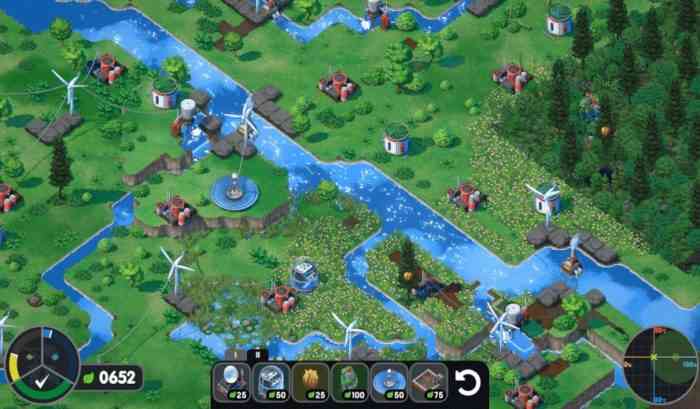 “The open-ended strategy progresses through multiple stages of restoration, including cultivating biodiversity, fixing the climate and even recycling the buildings players used to get there. Traverse the planet, restoring different geographical regions, each with their own unique challenges, flora, and fauna.” Devolver Digital said in a news release accompanying Terra Nil’s reveal. “Navigate sprawling, procedurally generated maps with lush hand painted environments where everything but the rocks move and breathe. Restore the world’s climate, with unique weather patterns for different regions and a beautiful and meditative reactive soundtrack and audio palette.”

The remastered version of Terra Nil will be featured at the upcoming Steam Next Fest, with a playable demo launching on June 16. The original version will remain available for free here on itch.io.

El Paso, Elsewhere Will Take You to Strange and Wonderful Places
Next
The Power of the Doomed Protagonist
Previous
Straight Out of a Demented Child’s Sketchbook, SWORDCAR