Sometimes, you just want something simple. You take one of your favorite things and another one of your favorite things, and you put them together to make something that probably shouldn’t exist and make it work. You get something like SWORDCAR. This game takes road rage, turns it up sevenfold, attaches a score meter, and takes a medieval approach. The trailer for SWORDCAR shows off all the blood, gore, and explosions, backed by music by the deathmetal band Aziza. 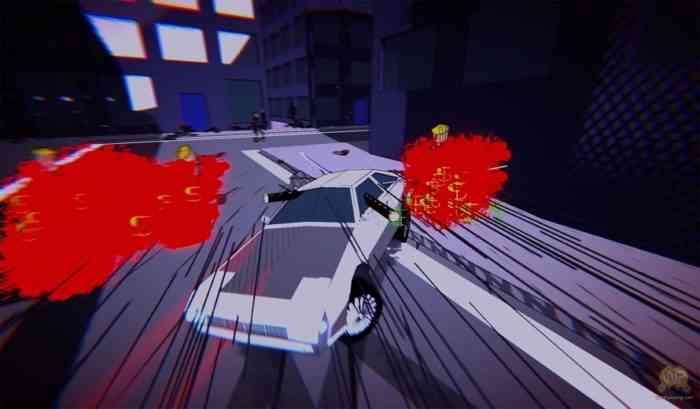 You literally drive around in a car with a sword attached to it and stab and slice through other cars and people. There are a few variants to this: your sword can stick out the front of your car for head-on destruction, stick out the sides like wings to slash people as you drive by, or attach something like a flail to the back of your car and swing it as you drift around. We also see a spiderbot with swords for arms, so who knows where exactly a trip in SWORDCAR will take us.

There isn’t too much information on SWORDCAR other than it being developed and published by Space Microscope. It will be coming to Steam at some point, but you can play an early build of the game by contributing to its Patreon. SWORDCAR will be coming to PC.

Do you have an itch that SWORDCAR can scratch? Let us know in the comments below.

Lemnis Gate Has a Confusing, but Wild Time Loop Concept
Next
Rebuild The World With ‘Terra Nil’
Previous
Dying Light: Hellraid DLC Is Getting Its Own Story Mode