Pre-Orders Open For Surreal Adventure Title ‘Where The Heart Leads’

You Can Never Go Home Again

It’s been a big few years for Armature Studio. First founded from the team behind the Wii classic Metroid Prime 3: Corruption, Armature Studios have historically been involved in porting games across consoles including the PS3 and Nintendo Switch ports of indie multiplayer hit Duck Game and the PlayStation Vita port of DC Comics fighter Injustice: Gods Among Us. Armature first ventured into original IP development in 2016 with Dead Star, an online multiplayer twin-stick shooter that has since become unplayable as its servers were shut down. Now, Armature have revealed their next foray into original game development with the surreal narrative title Where The Heart Leads. 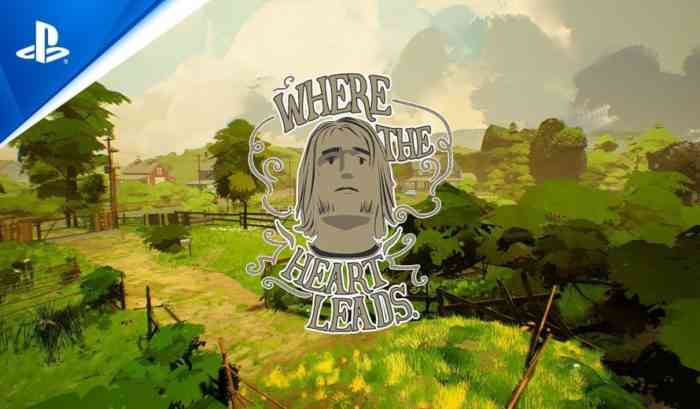 Where The Heart Leads follows the life of Whit Anderson, an elderly man who decides to journey into a mysterious sinkhole that’s opened in the small town of Carthage to save his family’s dog. As he descends into the sinkhole he finds himself lost in a surreal realm, where he begins to relive past experiences and discovers that he can change their outcomes. The game promises to deal with themes of regret, aging and whether or not you can truly defy your fate.

When it comes to gameplay, Where The Heart Leads’ release date reveal trailer displays a fairly standard third-person adventure setup through a highly stylized and surreal world. It’s the branching decisions and the writing that set Where The Heart Is apart from similar games like Life Is Strange – Relationships with the inhabitants of Carthage will change and react to your choices, and according to Armature there are dozens of different endings to be explored, with the total script coming to over 600,000 words. You can check out the trailer here!

Where The Heart Leads is available to pre-order now on the PlayStation Store, with the game launching on PlayStation 4 and 5 on July 13. A physical release is also coming on July 16.