Why Didn’t the “Thursday Update” Drop on a Thursday?

The Postal games have been controversial from the very beginning, but that hasn’t stopped them from becoming cult classics. Fans will be happy to hear that the latest title in the series, Postal 4: No Regerts–yes, that is the official spelling–just got a huge update to its Early Access build. The “Thursday Update” adds more crazy missions, festive locations, ridiculous weapons, and a load of quality-of-life updates to the over-the-top comedic first-person shooter. Oh, and there’s a roller coaster now, and yes, you can ride it. To get an idea of what awaits Postal Dude in this expansion, take a look at this hilariously violent trailer.

Postal 4: No Regerts takes place over the course of four increasingly ludicrous days, and the events of the Thursday begin at the Lynchian “Dark Lodge,” where Postal Dude wakes up alone and unarmed. The first thing on the day’s itinerary is to track down and rescue his dog Champ, retrieve his stolen possessions, and find his way out of the backwoods of Edensin. From there, he’s pressed into doing the dirty work of the notorious crime boss Vince Desi, who gives him a list of dirty deeds to get done, presumably for dirt cheap. Players will be able to engage in two-fisted election fraud, become a beta tester at Koblomi Studios, participate in a high-speed mobility scooter race, play pit boss at the Pair-A-Dice Casino, and thwart a heist over the course of the day.

Meanwhile, the game’s open world is growing bigger and more open than ever. You can now enter the Zag, a “Z”-shaped district filled with casino attractions in the center of Edensin, or return to other districts for new random encounters and revisit Kunny Island for amusement park rides. There are also two new weapons available: the Hunting Rifle, which is exactly what it sounds like, and the Rattler, which is a chained whip with a scythe head, not an actual weaponized rattlesnake. Fortunately, the other end of the Rattler is a blunt weight, which should come in handy for non-lethal playthroughs. A ton of quality of life updates have also made their way to Postal 4: Regerts, including English subtitles and a new aim-down-sights option. If you’re interested in the latest Postal game, now is a great time to check it out. 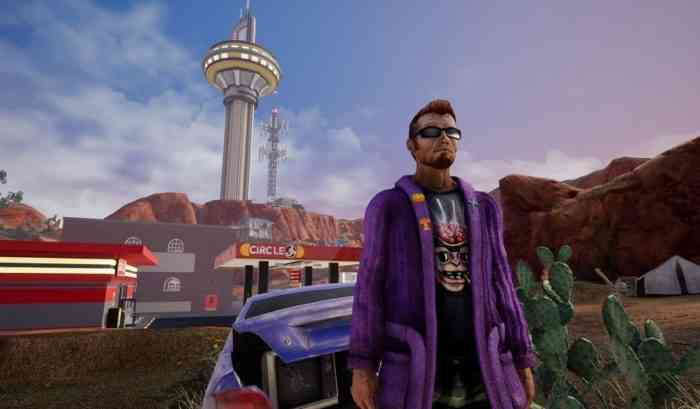 Postal 4: No Regerts is now available on PC in Early Access.

Did you miss Postal? Let us know down in the comments, or hit us up on Twitter or Facebook.

Amnesia: The Bunker Looking to Reinvent Horror in 2023
Next
A Final Fantasy IX Animated Series Is In The Works
Previous
Cyberpunk 2077 PS5 Upgrade Will Be Out Later This Year