Electronic Arts is a major player in the video game industry and a leader in digital interactive entertainment as the company develops and publishes a wide variety of games that are distributed across all platforms and account for billions in revenue. Some of the more popular titles under Electronic Arts’ umbrella include Battlefield, Apex Legends, Need For Speed and FIFA. Electronic Arts is also in charge of developing and publishing the Madden games, which are extremely popular football simulators. Today, Electronic Arts officially announced Madden NFL 22 featuring two champions of the sport, Tom Brady and Patrick Mahomes. Madden NFL 22 is set to launch worldwide on 20th August 2021 on PC via Origin and Steam, PlayStation 4, PlayStation 5, Xbox One, Xbox Series X/S and Google Stadia. The game is currently available for pre-order and should be available on EA Play Pro, the company’s subscription service.

In Madden NFL 22, Electronic Arts intends to set the game apart using Dynamic Gameday, which provides three new features namely Gameday Atmosphere, Gameday Momentum and Next-Gen Stats. Gameday Atmosphere connects players using their fandom via stadiums, crowds and the environment while Gameday Momentum uses various mechanics including ‘home-field advantage’ that can ensure that sway the game in a player’s favor, much akin to real world situations. Finally, Next-Gen Stats utilizes real life data that will adjust itself over the season to bring each personality on the team closer to reality by AI changes and team tendencies. 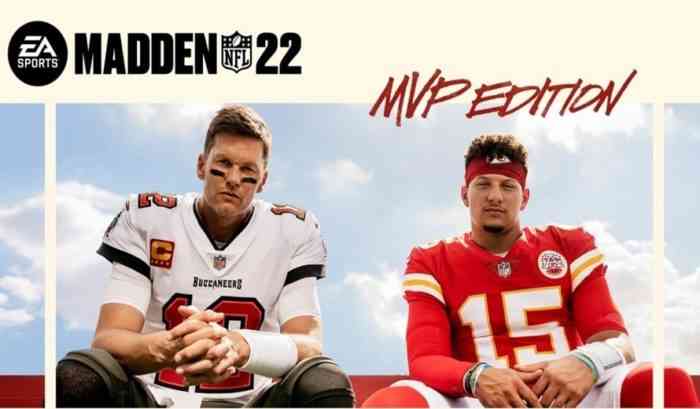 Besides Franchise Mode, which will receive improvements and updates as the year continues, Madden NFL 22 will introduce The Yard, a new single player campaign and avatar progression system where players share their achievements, progress and more with Face of the Franchise. The Face of the Franchise returns with more features and the ability to play as a linebacker for the first time.

Fans who pre-order Madden NFL 22 will receive various benefits including vanity items, content in Ultimate Team and first time benefits in The Franchise, The Yard and Face of the Franchise game modes.

Are you excited for Madden NFL 22? What do you think about the cover of Mahomes and Brady? Let us know in the comments below or on Twitter and Facebook.