El Paso, Elsewhere Will Take You to Strange and Wonderful Places

That’s the best way I can describe it: Van Helsing meets Max Payne. From Strange Scaffold comes a third-person shooter filled with monsters like vampires, werewolves, and other undead creatures. It has a noir narrative, sort of like Max Payne. It also has a flair for slow motion diving moves, sort of like Max Payne. It is about a man who enters a small motel in El Paso, but there are 46 levels beneath the surface, all full of enemies. He must get to the bottom, where his ex is waiting. His ex is also Draculae. 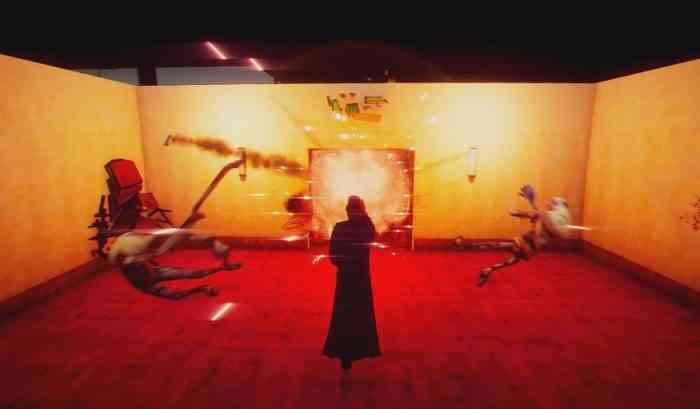 It is unclear if El Paso, Elsewhere’s level layout is fixed or if it is procedurally generated, like a rogue-like. Rogue-likes are in right now and this game could very well have the perfect ingredients for one. It’s low-poly graphics harken back to the days of the classic shooters that have clearly inspired this game. El Paso, Elsewhere promises a ton of destruction, a ton of bullets, and a ton of slow-mo fun. Check out the trailer below.

El Paso, Elsewhere was announced yesterday and it is expected to release sometime in 2022, but there is no official release date or window. You can currently wishlist it on Steam. El Paso, Elsewhere will hopefully be coming out next year on PC.

Does El Paso, Elsewhere look like a game you would be interested in? Let us know in the comments below.