The Star Wars Universe is undoubtedly one of the most popular in the movie industry and since games such as Star Wars Battlefront, Star Wars Knights of the Old Republic and recent entries such as Star Wars Jedi: Fallen Order, the universe has most certainly made its dent in the video game industry. Fans of the franchise love when the games bleed over into the gaming realm as players are allowed to explore the vast planets on offer, fend off feisty monsters and indulge in compelling storytelling. Unsurprisingly, the award-winning Vader Immortal: A Star Wars VR Series Special Retail Edition will release on June 18th for the Playstation VR and the Special Edition will include extra perks for fans such as a digital artbook with unrelease tid-bits, behind the scenes footage relating to the creation of ZO-E3, the Droid Companion, as well as concept art and collectible physical post cards. 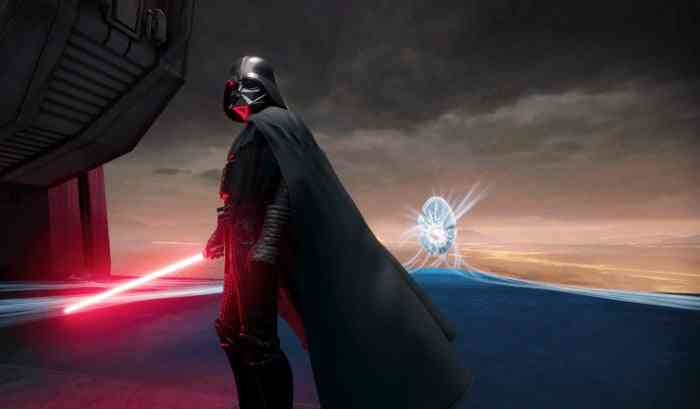 Vader Immortal: A Star Wars VR Series was developed and published by a collaborative effort between the LucasFilm Story Group, Perp Games and ILMxLAB. Perp Games is an established video game developer with a very respectable catalogue of video games including award winning indie game titles while ILMxLAB is LucasFilm’s immersive entertainment studio that targets the realm of storytelling through virtual and mixed reality experiences. Vader Immortal is a canonical part of the Star Wars galaxy which offers a unique adventure set between Revenge of the Sith and A New Hope.

Vader Immortal gives players the opportunity to step inside a vast and expansive universe drenched in Star Wars themed cinematics where players, in the role of a smugger operating near Mustafar where Darth Vader calls home, is pulled into hyperspace and tasked with discovering an ancient mystery on behalf of the Sith Lord himself. Players will be able to master the Force and hone their lightsaber skills and more in Vader’s Training Dojo.

Are you interested in Virtual Reality Games? Are you going to purchase Vader Immortal? Let us know in the comments below or on Twitter and Facebook.