The side-scroller spaceship bullet hell shooter series Darius is bringing more of its games to Nintendo Switch and PS4. Last year, Darius Cozmic Collection was released and contained over a dozen of the classic Darius games (albeit more than a few of them were arcade updates of the same title). The PSP title DariusBurst is not part of that collection though. Instead, the updated arcade version DariusBurst: Another Chronicle EX+ will be coming out this year as a standalone title and as part of a follow-up collection to Darius Cozmic Collection called Darius Cozmic Revelation. 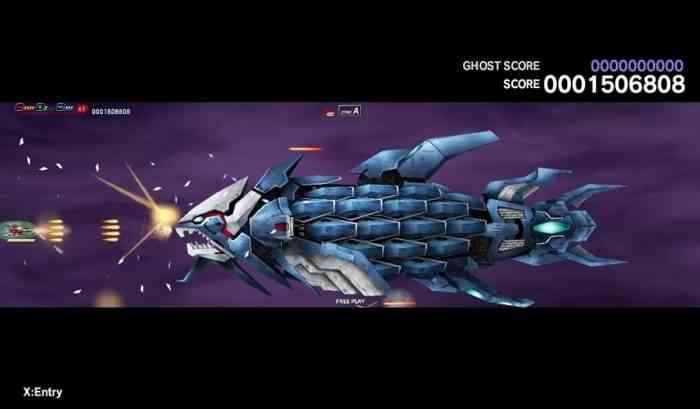 Another omission from the Cozmic Collection that will be part of Cosmic Revelation is G-Darius HD, but if you are interested in just one game at a time, DariusBurst: Another Chronicle EX+ will be out on its own in June. The game has the standard side-scrolling shooter experience with fresh HD graphics, more than 40 unique bosses to take on, and you will be able to team up with up to 3 other players and fight back the enemy ships filling your screen. The playable stages also have branching paths, so you won’t be playing the same levels in every run of the game.

DariusBurst: Another Chronicle EX+ also has four different game modes with new scenarios exclusive to this version. If you are a big Darius fan, you may already have your sights set on Darius Cozmic Revelation, which is already out in Japan, but will be coming out sometime later this year in North America. However, if you want the standalone game, it will be coming out on June 11th for Nintendo Switch and PS4.

Did you play DariusBurst when it came out on PSP? Let us know in the comments below.