We Can Never Truly Leave the Clone Wars Behind

It’s that time of year again. Time for a blast from the Star Wars past. Star Wars Republic Commando is now available for digital purchase on Nintendo Switch and PS4–in other words, this classic tactical shooter is now back as a single-player game on modern consoles. Star Wars fans everywhere, rejoice, because it’s time for another trip to the Old Republic. We think we speak for everyone when we say that this crumbling failure of a space democracy is by far the most interesting setting in the franchise, and possibly the entire sci-fi genre. Take the lead of Delta Squad, a team of clones assigned as elite Republic Commandos, and get ready to infiltrate and eliminate a variety of foes. Remember, teamwork makes the dream work.

All in all, it’s a solid game with a solid premise. Why not revisit an old classic while we all wait on the new open-world Star Wars game coming from Ubisoft? With KOTOR 2 coming to mobile soon, it’s the time to indulge in old favorites from a galaxy far, far away. 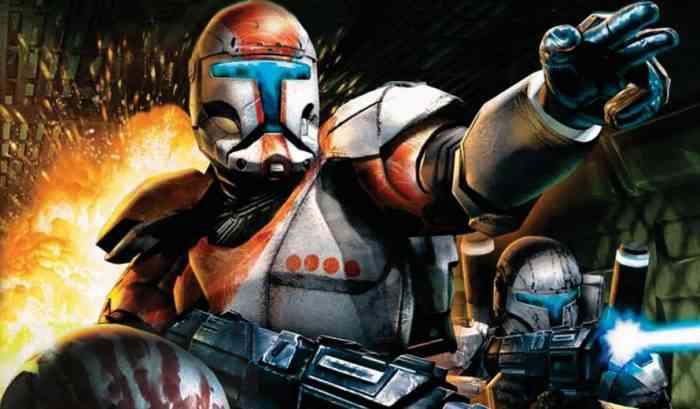 Star Wars Republic Commando is now available on Nintendo Switch and PS4 for $14.99.

What’s your favorite Star Wars game? Let us know down in the comments, or hit us up on Twitter or Facebook.

Fire Emblem Engage Video Review – Put a Ring on It
Next
New Genshin Impact Leak Gives Release Dates For Inazuma and Dendro
Previous
Get Ready For an All-New, All-Virtual E3 2021