Those Action Scenes are Dy-Nasty!

The Dynasty Warriors games are not my cup of tea. The repetitive 1v1000, mash X to win thing just doesn’t do it for me. However, throw it up on the big screen, cast real actors, and shoot it with cinematic angles and we got ourselves a movie! China will see the debut of the first Dynasty Warriors movie by the end of the month. By the look of the trailers, it is the movie that no one asked for, but everyone was missing out on, especially fans of the series. 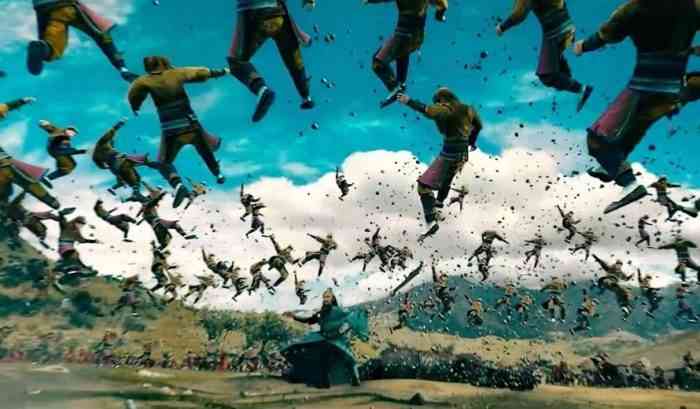 If you are wondering why Dynasty Warriors would be made into a movie, then you were like me up until today. Though the games have repetitive gameplay elements throughout the series, there is an overarching story based on the Three Kingdoms era of China’s history. Historical period pieces are not for everybody, but the fantastical, over the top elements of the video games make it a spectacle to behold. We see various heroes on horseback and on foot, juggling soldiers with their swords, spears, sabers, and halberds, and unleashing powerful attacks, harnessing elemental forces. It’s whack.

This movie has actually been out of production since 2017. The first trailer was released in 2018 and was slated for a 2019 release, though it would be pushed back to 2021. The Dynasty Warriors movie will be coming out in China on April 31st, but who knows if Western audiences will ever get to see it through legitimate means.

Would you like to see this Dynasty Warriors movie? Let us know in the comments below.

Platinum Games Announces Sol Cresta for PC, Switch, and PS4
Next
What to Expect From Mistwalker’s Fantasian
Previous
Abyss Herald Boss and New Archon Quest Will Arrive in Genshin Impact This April