What to Expect From Mistwalker’s Fantasian

Not the Most Original Game Ever, But It is Absolutely Gorgeous

Mistwalker’s latest JRPG, Fantasian, has officially hit the Apple Arcade. This game is an absolute visual feast, from its gorgeous character design to its intricate backgrounds, but what do we actually know about it? Here’s everything we’ve put together in the lead-up to, and the wake of, Fantasian’s release. First and foremost, of course, are the fascinating tidbits that Hironobu Sakaguchi is the producer and story writer while Nobuo Uematsu, known for creating a lot of Final Fantasy’s music, composed the soundtrack. These two are veterans of the series and are particularly connected to Final Fantasy VI, which Fantasian takes a lot of nods from. In short, if you enjoyed FFVI, you’ll probably like this. Look, it’s even got an airship.

The game’s biggest claim to fame is probably the many intricate dioramas created for it. The intent was to give gamers a nostalgic, old-school feel, and we firmly believe it succeeded. Dualshockers explains the decision like this: “Fantasian‘s developers asked over 150 craftsmen across Japan to make all the locations in the game. Then, the dioramas were recreated in-game. There are over 150 dioramas in total in Fantasian. Hironobu Sakaguchi jokingly mentioned they could exhibit the dioramas in museums one day.”

Fantasian uses standard JRPG mechanics, aside from the Dimengeon system which allows you to capture enemies and battle them all at once later. You can stash up to 30 enemies away like this. They’ll appear in waves if there’s too many to fight in a single battle. The combat system also has an aiming mechanic similar to Chrono Trigger–attacks will either move in a straight line or a curved one, and you can angle them to hit as many enemies as possible. Finally, Fantasian is divided into two parts, much like FFVI: the first one is heavy on plot while the second one is heavy on side quests. The full game will take between 20 and 60 hours to complete depending on how many side quests you’re willing to take on. There are eight party members total, but only three at a time can be used in battle. 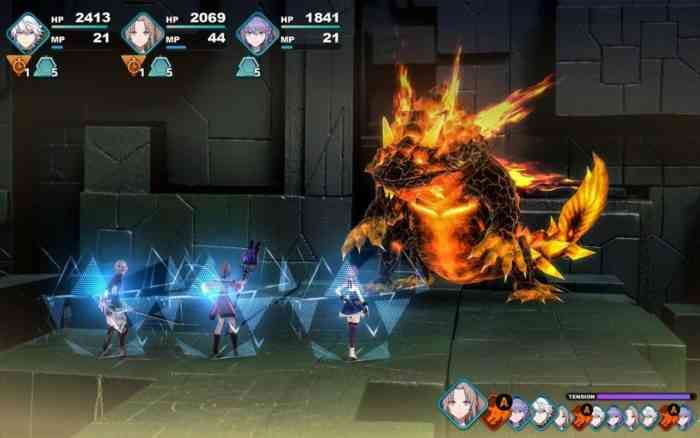 All in all, Fantasian sounds like a solid old-school JRPG with some spectacular graphics. If that’s your thing, then congratulations! We hope you have a ton of fun.

What’s your favorite retro JRPG? Let us know down in the comments, or hit us up on Twitter or Facebook.