I Missed Out on Vehicle Combat and Mechs?!

Krome Studios appears to be slowly rebuilding the Ty the Tasmanian Tiger series on modern consoles. In 2020, they released a remastered version of the debut game after a successful Kickstarter. When asked about remastering the sequels, Krome Studios said that they would be interested if it were possible. Apparently, it is possible, because after another Kickstarter (which had surpassed its goal within 9 hours), they will be releasing Ty the Tasmanian Tiger 2: Bush Rescue HD in the Summer. Check out the trailer below for a blast of nostalgia, or if you didn’t play the game before, check out what you missed out on. 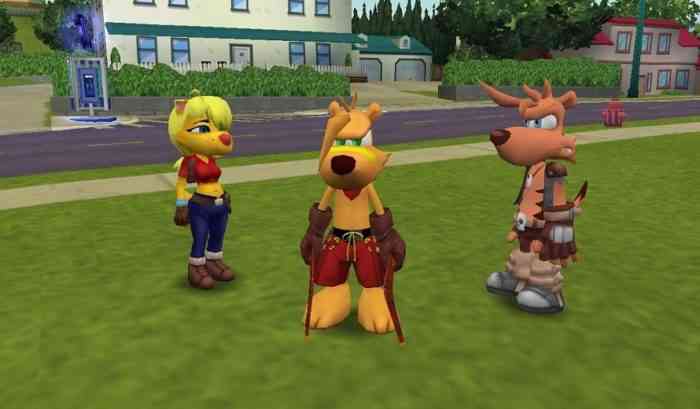 The trailer highlights a number of features that have been added since the first game, as well as features that are brand new to the remastered version. The first game had players controlling Ty on foot, but Bush Rescue added the use of select vehicles, including trucks and weaponized mechs. New weapons have also been added with the remaster, such as the Crafterang and the Camerang. The Crafterang is a Rang made of popsicle sticks that breaks on contact. It can also be thrown on the ground and used as a mine. The Camerang is a remote-controlled Rang, where the player can take manual control and guide it to its target.

Bush Rescue also has multiplayer support that uses vehicles in a kart racing mode, what appears to be a 3D platforming mode like what players experience in single player. In addition to the new weapons, character skins and vehicle skins are being added as well. Ty the Tasmanian Tiger 2: Bush Recue HD is expected to launch by July for Nintendo Switch, PS4, and Xbox One.

Did you play the Ty games in the early 2000s? Let us know in the comments below.

Layers of Fear 2 Is Creeping Onto the Nintendo Switch
Next
Neil Druckerman Drops Some The Last of Us Series Details
Previous
Super Seducer 3 Rejected By Steam, No Further Reviews Pending